We were exploring the western side of Prince Edward Island and pulled off the main road into an area around a small fishing port. We have seen a lot of these on PEI and in Nova Scotia and they seem to be the backbone of the fishing industry that includes a fleet of independent fishermen who own their boats.

I was taking photos of the boats and noticed this man going into the cabin of his boat so I thought I could sneak a photo, being obscurely hidden behind my camera. “Should I smile?” I laughed in acknowledgement and snapped a couple of photos. Then we started talking. I’ve read that portrait photographers should get to know their subjects first then ask, but that feels like I’m manipulating them. If people notice me I’ll ask if it is okay – but sometimes taking their photo seems to open the door for conversations for this introverted photographer.

It was Sunday and I asked if he was going out today; he replied, “No, not today, but I’m getting ready for tomorrow morning.” I asked questions and he freely answered. He offered that he is third generation of fishermen, his father and grandfather fished. He added that he is doubly so, on both his father’s and mother’s sides.  The past couple of years have been good but he wasn’t happy with increasing regulations, the increased size requirements, and the lower price per pound.

He looked away as he said he wasn’t educated, and I responded that he seemed educated about the facts of fishing and the ways of the tides (this is Bay of Fundy area with very high tides). Deep in his soul I don’t think this knowledge counts because it is so common among his community. Everyone on PEI knows about fishing and lives by the tides.

He ended the conversation saying he had to get his work done because he has a family reunion to attend.

I walked on to other explorations and photographs but his story remained with me. How important personal stories are for understanding culture and locations, and of course the people who live there.

That night we were fixing supper and had CBC on the radio. They were talking about a PEI author who had died and about the stories he had written about growing up on the island. I was listening with interest but not working to remember who or where or when. Then they read one of his stories and I really listened. He started by saying that when he was growing up there was a norm that everyone had the right to enough food no matter what their personality or circumstances. The author remembers fishing down on the beach with his father and all the other men of the village. A young girl who they all knew would come and stand on the edge with a pan in her hand. After a while, his father would say, “Need a fish, Annie (I don’t remember name used)?” She nodded. He would pick out a good eating fish, clean it and put it in her pan. She said thank you but didn’t leave. After a while he said, “Need another fish, Annie?” He knew her family was big and one fish wouldn’t be enough. She nodded. He cleaned another and put it in her pan, she thanked him, and turned for home.

I was moved by the gentle, nonjudgmental nature of his words. This is the way his community lived, they watched out for each other. It seemed to confirm my observations of the day that I wrote about in this post, that there seems to be an equality among people on PEI, not extreme disparity of wealth that is evident in the U.S. Social values change very slowly, they are held and passed down through examples of daily living. They seem to become a part of our stable understanding of how our world works and what is good and bad. There may be people who have been treated unfairly in the past, probably their First Nation people. I know some of the religious and economic histories that make people judgmental and withholding of basic rights and needs, but I don’t understand why people choose to adopt hard-nosed thinking.

I will continue to be perplexed as I read arguments against universal health care (either single-payer or multi-) and now how disaster aid should be dispersed to Texas after the devastation of Harvey given Texan congressional leaders voted against aid for Hurricane Sandy victims on the east coast of the U.S. I just don’t understand why people aren’t willing to share for the common good.

Sunbathers on beach at Meat Cove

Looking down on the beach at Meat Cove on the northern shore of Cape Breton Island, Nova Scotia Canada.

You can see more takes on “From Above” at:

Canada, and here’s to friends to the north of the US. This week’s letter from Frizz is the letter C and here are a few photos from our trip to Canada last summer.

Hubby stayed in cabins when he traveled with his parents – and was delighted when we found a cabin to stay in on Newfoundland – for two nights no less. 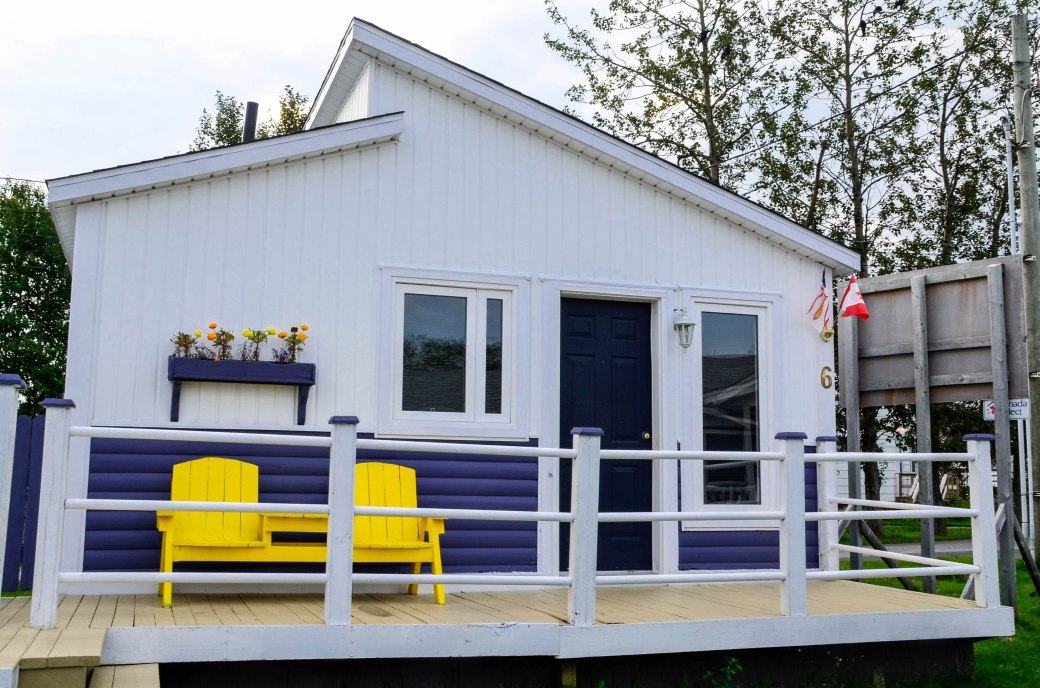 C is for Cabin

We went around many curves – these being on the east side of the Cabot Trail in Nova Scotia. 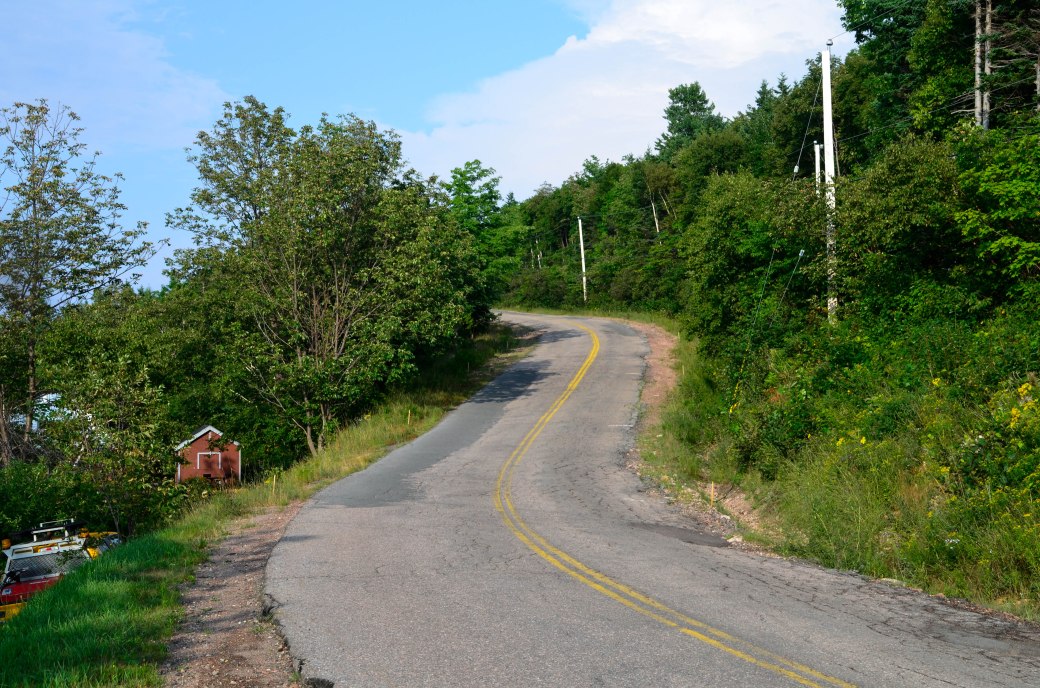 C is for curvy roads

We went to see where the river reverses course because of the large tides at the Bay of Fundy. This next photo of a collapsing structure was taken in Saint John, New Brunswick. 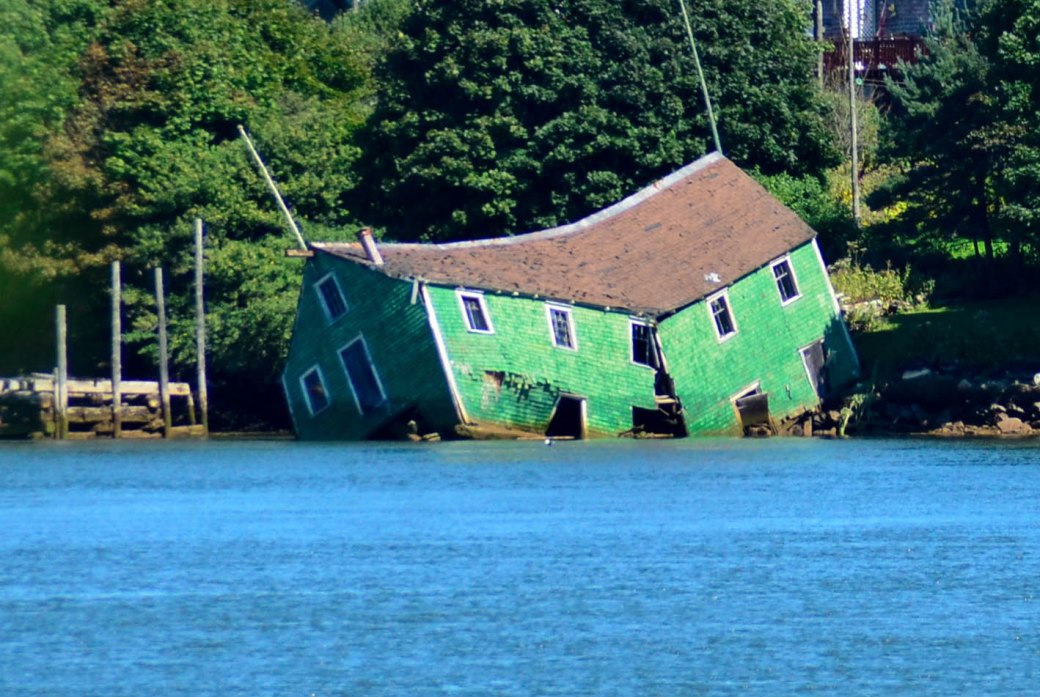 C is for collapsing

We stayed at a wonderful Provincial Park in Quebec and these canoes were inviting on a warm summer day.

C is for Canoe

And of course what we saw the most of were coastlines in the Maritime Provinces. 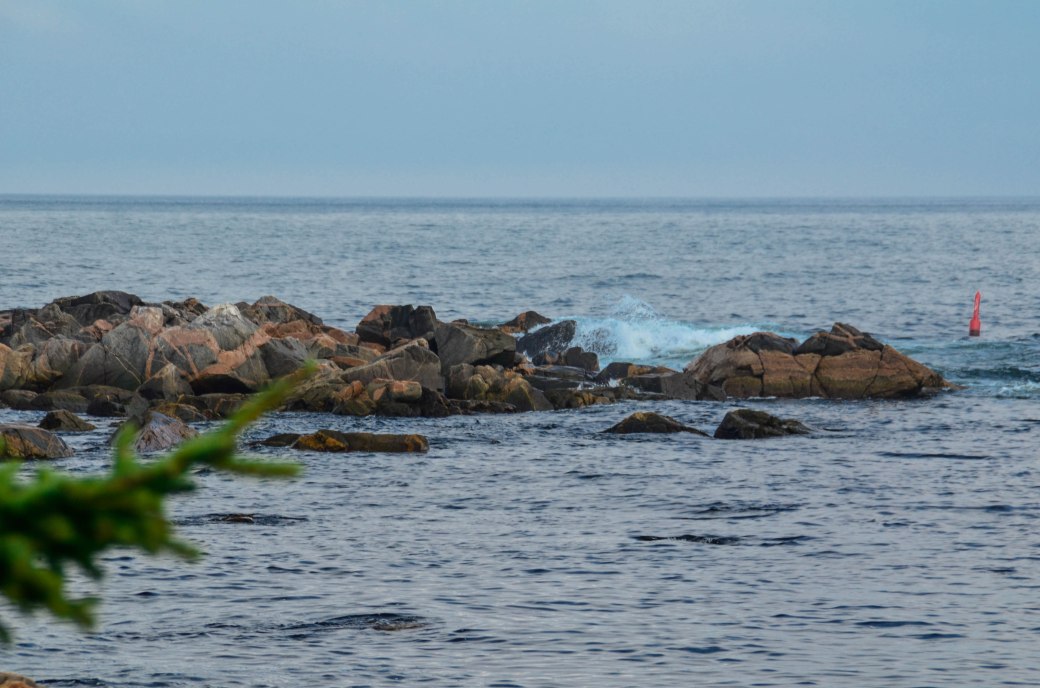 C is for Coastline on Cabot Trail

To see what Frizz is up to and to join in the fun or to see other interpretations of the letter C, click here.

This image was taken at a small bay off Bay Saint Lawrence on the Cabot Trail at the north end of Nova Scotia in Canada. We were told that this wooden boat was hand made and it was a beauty. When I look at this photo I remember a sense of calm and peace and joy that comes at the end of a day well lived.

It snowed in Michigan a couple of days ago. I have been hoping snow since we returned in November but this isn’t what I was hoping for. For one thing it has turned cold – and I know it has to be cold for it to snow but still I guess I was expecting a beautiful snow fall and the temperature to be in the 50’s so I could get out to take lots of pictures. The wind was blowing so hard that it was snowing horizontally all day. When I did go out I had a hard time keeping my eyes open in the wind. Not good photography weather. The snow has melted where the sun hits it.

Sooooo – I guess I need another wanderlust photo. This is at Port au Chroix Newfoundland – above the Gros Morn National Park on the western side of the island. There is a lot of shrimp fishing from this port and a shrimp processing plant next to the docks. It doesn’t feel like a tourist destination.