Cee, who loves hosting and participating in photo challenges, called for geometric shapes for her black & white challenge this week. I immediately thought of this “tunnel” built on the highway going west, beyond Kicking Horse Pass. This is a treacherous pass in the winter due to frequent avalanches, and thus they built these structures on the sides of the mountain to cover the highway. I assume that the snow continues to move down the roof and on down the mountain. I’m not sure I would want to be in this “tunnel” when thousands of pounds of snow was passing overhead. This is a major highway, so needless to say we didn’t stop in the tunnel so I could get a sharp photo – I had to settle for clicking on the go.

Last year the Naples Botanical Garden had a display of origami sculptures throughout the garden. These were big, and not really sculptures. They were created through the collaboration of Dr. Robert J. Lang, one of the world’s most renowned origami artists, and Kevin Box who used the paper origami objects to make cast aluminum replicas that were then painted.

I loved the birds, so took photos of them on several occasions, including a rare evening visit when they were lit from below but also were catching the last soft warm light of the setting sun. 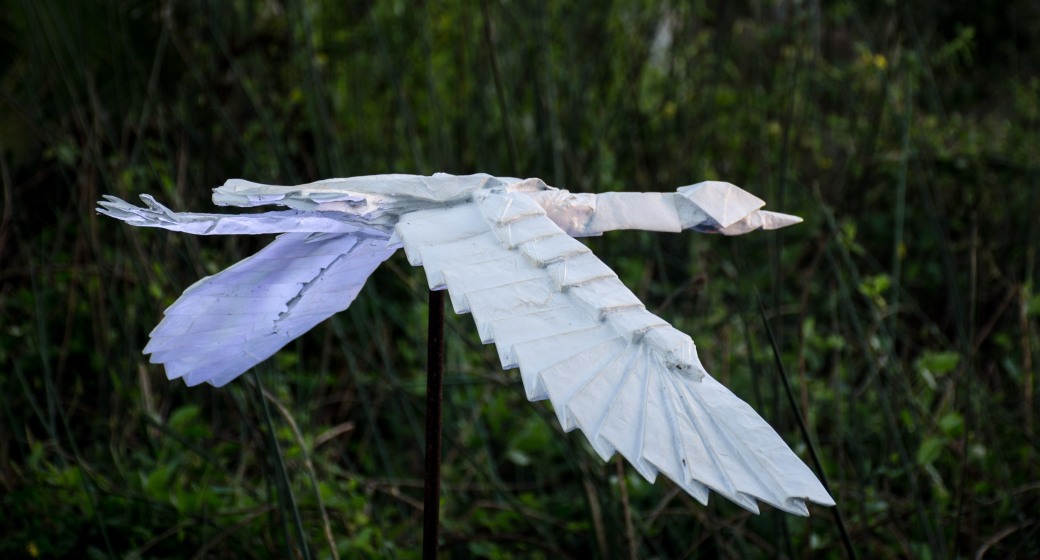 Title is Migrating Peace, of the common crane.

Model folded from a single piece of paper by Dr. Robert J. Lang.

The most amazing part of this exhibit was the display of moldings created from the origami papers that were folded and unfolded.

Hidden within every folded origami object is a “crease pattern” – a document of history accounting for most of the choices or creases made in creating an origami object.

Each fold leaves a permanent crease in the paper that can only be revealed by deconstructing or unfolding the object.

Kevin Box, from his explanation of this exhibit in the Naples Botanical Garden, 2017

The Daily Post’s photography prompt for this week is lines. I spent a lot of time thinking about it and as I was trying to get my Lightroom data and hard drive images merged in my new computer I saw these photos from last year. Thanks, Cheri, as this gave me the perfect theme for using them in a post.

You can see more of Kevin Box’s work by clicking here or googling Kevin Box Origami.

I had a lot of fun with curves and circles, so I’ve been thinking about lines. My problem is that I find photographing lines to be somewhat boring. I wrote about that when we did triangles and squares – that post really was about curves.

I’ve been looking for straight lines, because I’m trying to follow the rules. I wonder if it is significant that I’ve never been good at standing in line – I got in trouble in the second grade for that. Sometimes I even say things that are a little out of line. I admit that a straight line is functional for a bird perch, or when my plantation shutters adjust the amount of sun that comes in, when lines define colors on a display, or lines form symbols like numbers on the clock. Can you imagine curvy roman numerals? 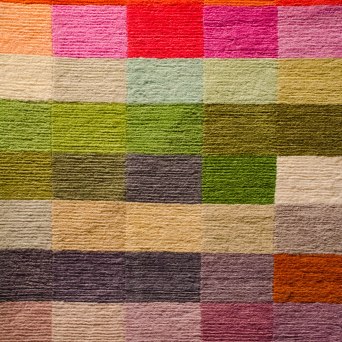 I like lines best, however, when they intersect to form patterns (or maybe even curve a little to add some interest). But I’m not going to talk about how a curve is actually a line that isn’t straight. Or sometimes even curves so much it forms a circle. That wouldn’t be playing by Cee’s rules to do lines this week. 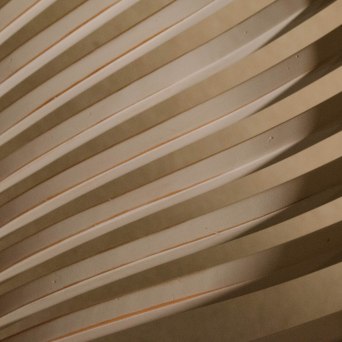 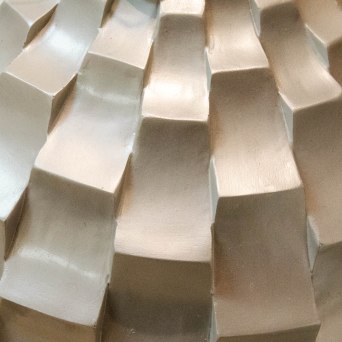 There, I think my second grade teacher would be proud that I stayed in line this week. Next week Cee is calling for texture so stick around. In the meantime, visit Cee to see what other folks have lined up.