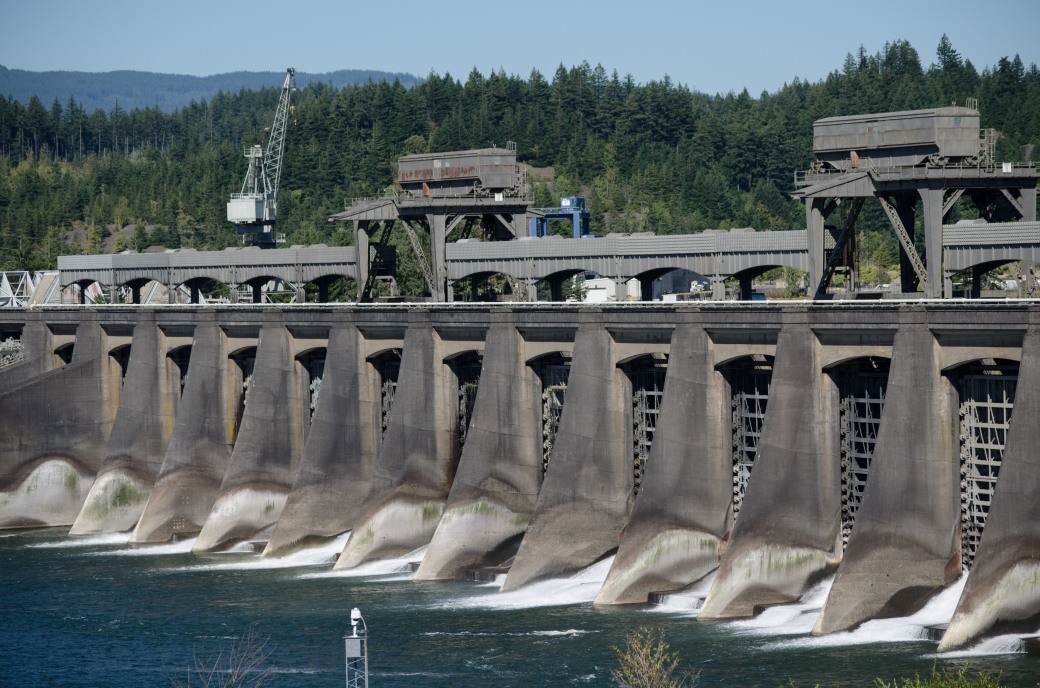 Jim was excited about visiting the Bonneville Locks and Dam – and he is so accommodating about going where I want to go for photo taking, how could I say no. And I do find machine-type things interesting.

The Bonneville Dam, on the Columbia River in the Columbia Gorge, was started in 1933 and provided jobs for about 3000 people during the depression through the Public Works Administration (their literature). Jim went into the turbine building where the generators are and found it really interesting and impressive. The generators are enormous. 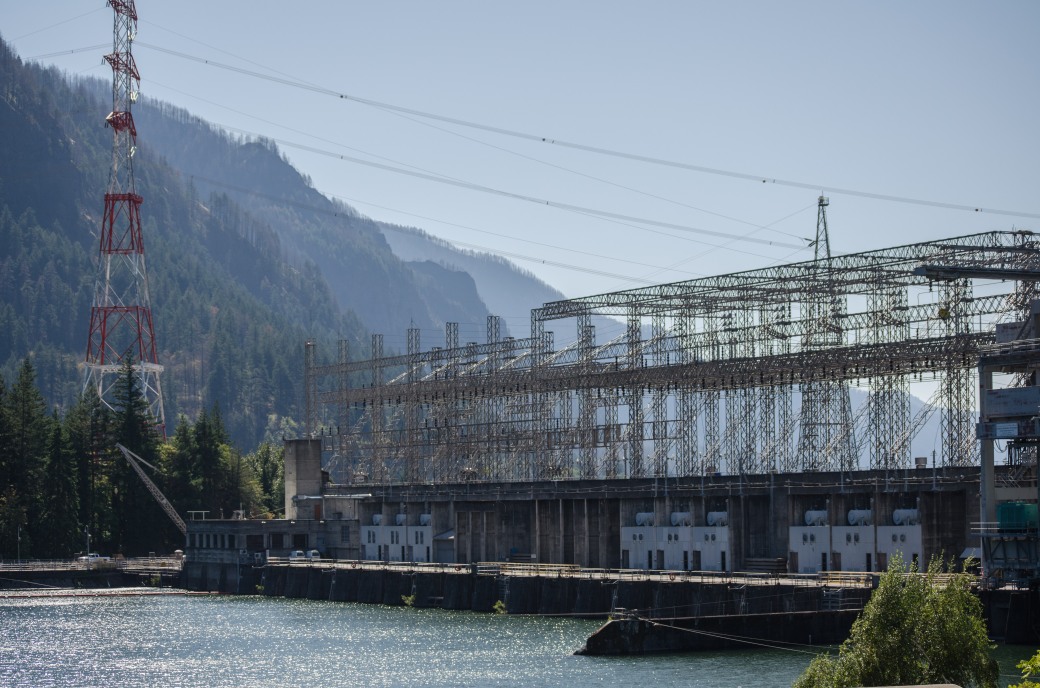 Salmon use the Columbia River for spawning and building the dam would interfere with this so the Corps of Engineers brought on several experts in fisheries. Building fisheries to get fish past something as big as this dam had never been done before so their plan included fish ladders and fish locks for the fish going upriver and passageways for the juvenile fish going back to the ocean. After the fish navigated past the dam it became evident that the fish preferred the ladders to the locks. After watching them fight the rapids going through the ladders and sometimes being swept backwards, this surprised me.

At any rate, I chose to view and photograph the salmon going up the ladders through the viewing windows instead of going to view the generators with Jim. 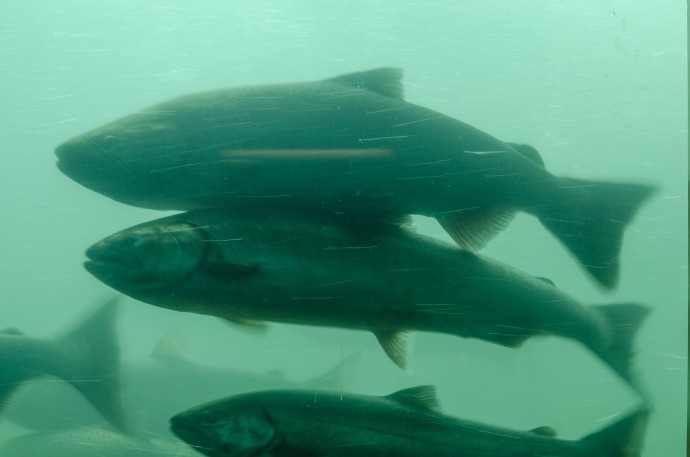 There is a fisheries complex by the dam and they do a lot of research and activities to make sure the fish populations are healthy and growing as salmon fishing is an important economic activity in the area – especially for Native Americans. I heard a guide say that they have people counting the fish going up the ladders – now that sounds like a mind-numbing job. They also distinguish between fish bred in the wild and those in the hatchery, by the presence (or absence) of the top fin just in front of the tail. Some have one, and others don’t depending on where they started their lives.