On our last day in Jasper National Park we debated about whether to go to Mt. Robson (a very beautiful mountain peak that we had visited before), the Columbia Ice Fields (would drive by there on following day), or Mt. Edith Covel. We chose the later because it was the closest but still a long enough drive to make it a full days trip.

As in many cases, the drive to the mountain doesn’t take you to the mountain, but to an adjacent mountain with a good view. We had read the park literature from our previous trip to the area that said that travel trailers weren’t allowed on the road and trucks over 21 ft. long couldn’t navigate the switch-backs. Our truck was too long – but when we picked up newer literature we found out that they had done some repaving and trucks up to 25 feet are now allowed.

We pulled off onto the road leading up to the look-out. The road was narrow and the curves sharp – 15 km/hr translates to a crawl in miles/hour.

The road was carved out of the mountain side so there were no shoulders to pull off for photos – all had to be taken out the window of a moving vehicle. And the mountains came down to the road and overlapped so it didn’t seem like there was a way through.

The driver doesn’t look around on this road – in fact I frequently felt like Jim wouldn’t be able to make it if I, the passenger, took my eyes off the road.

The road wove its way higher and higher

We saw raging rivers and strange rock formations that I longed to explore with my camera but there was no stopping on our way up.

Down became deeper and deeper. 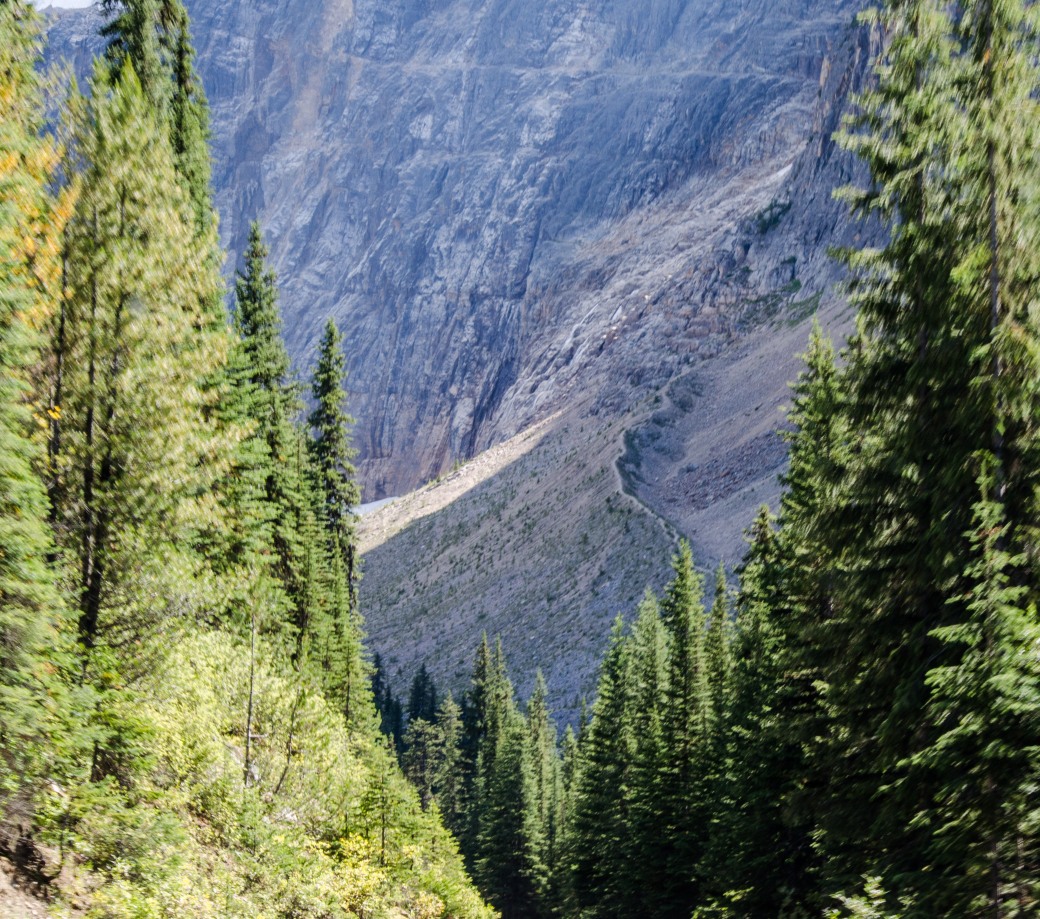 And around the next curve was the parking lot. More to come – stay tuned.