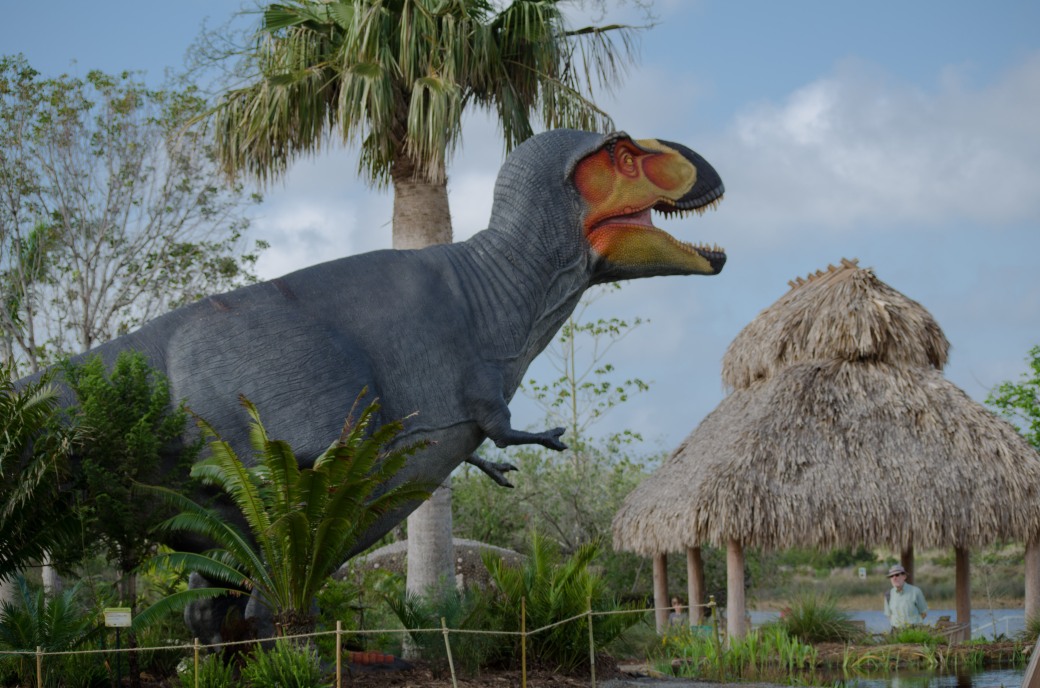 The Naples Botanical Garden has once again let the dinosaurs in, to the delight of lots of children. It isn’t my favorite exhibit, with all their roaring disturbing the serenity I crave as I wander through. The animated figures don’t excite me but I always bite at the challenge of taking an interesting image or two to tell an ancient story within a modern tropical setting. 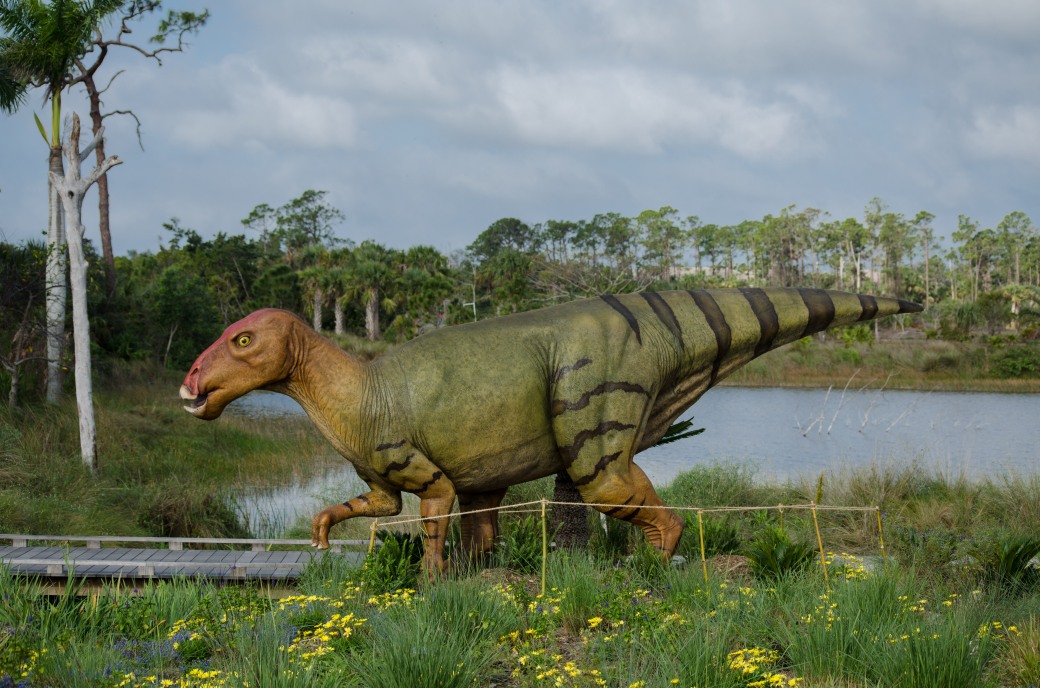 And then I had a good laugh at myself. I was slowly moving along a sidewalk after taking this photo, absorbed in something about my camera, and this fellow flapped his wings, moved his head toward me, opened his mouth and made his little roar… 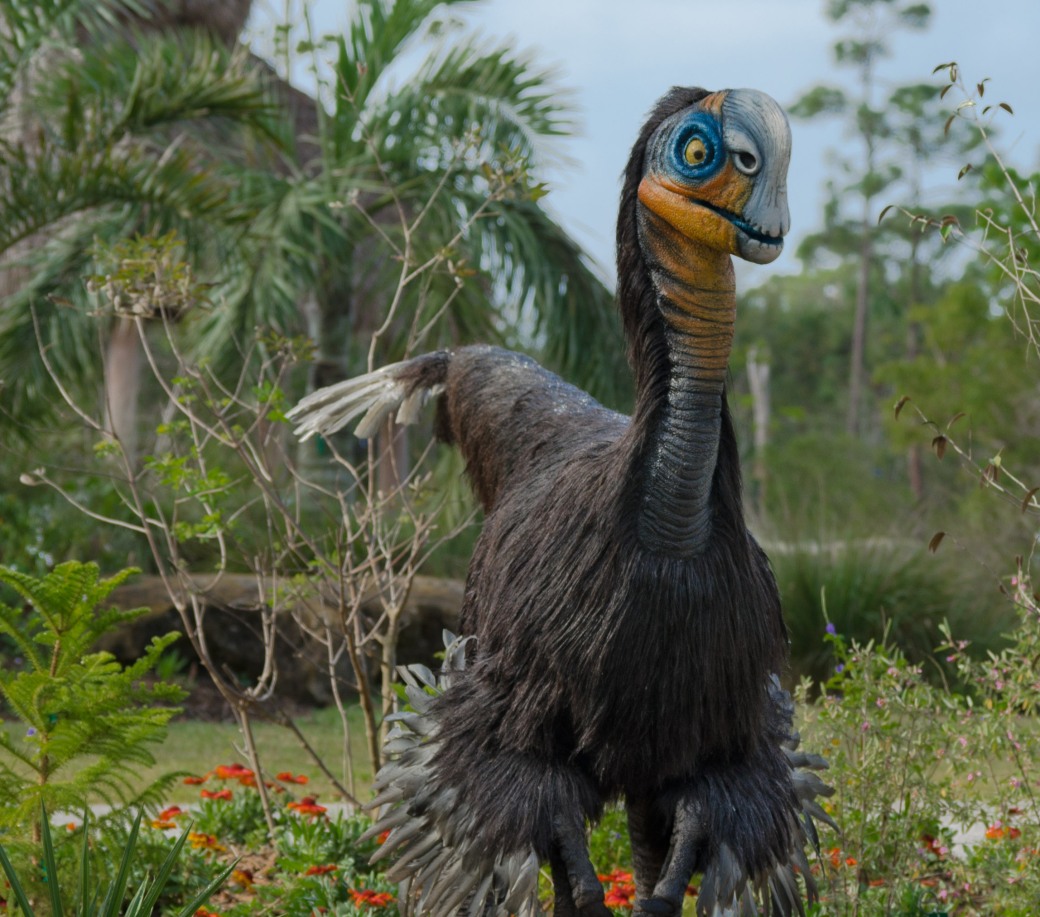 and I instinctively moved to the far side of the sidewalk. I respectfully gave him the space he asked for. And that, folks, is one of those occasional blurrings of my distinct, fine line between fantasy and reality.

But my favorite dinosaur is this one – 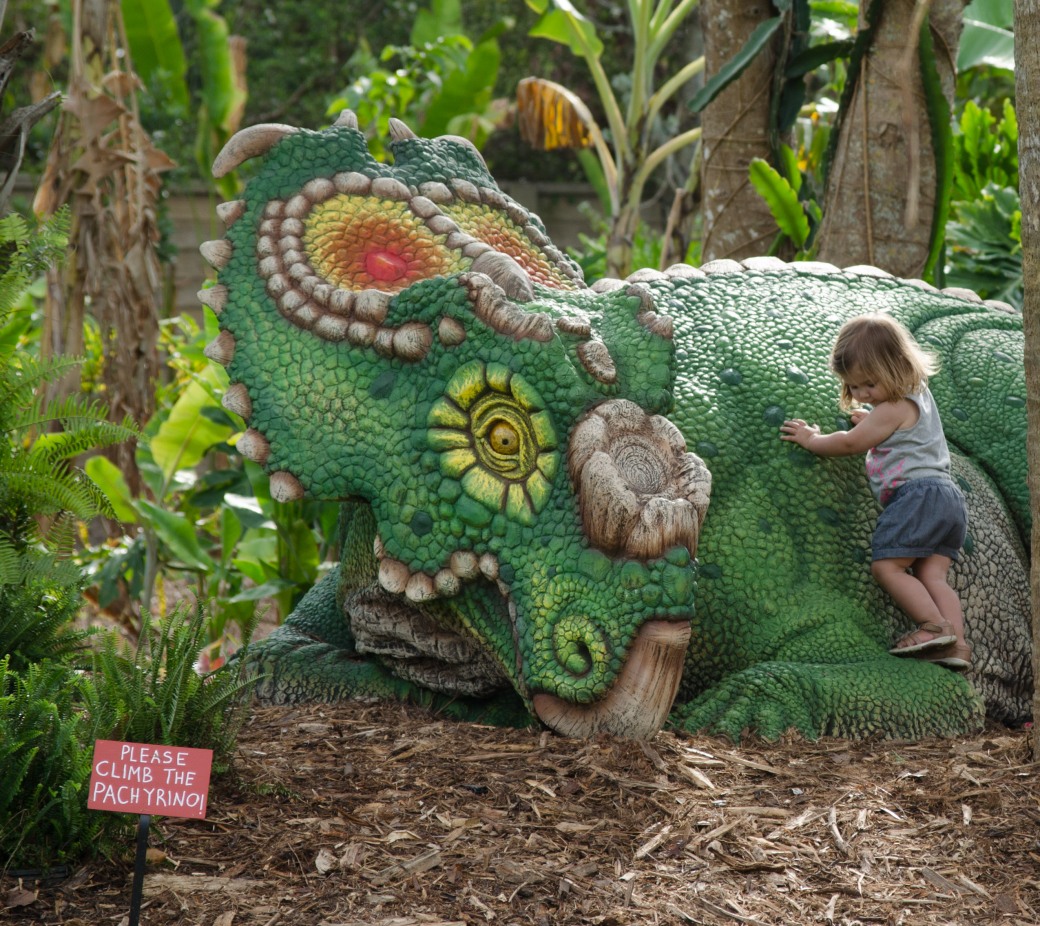 11 thoughts on “Giants in the Garden”