We left the Bay of Fundy even though I wasn’t ready. Maybe I wouldn’t have been ready until the first snow blew in, or they closed all the campgrounds for the season and I was only left with a Walmart parking lot. I think it fitting that we left Nova Scotia on the ferry that goes from Digby to St. John, New Brunswick. It is a big ferry crossing a big body of water. It took us two and a half hours to cross and it was a rough crossing. I watched the water and it seemed the roughness, the waves, were created by the emptying of the Bay of Fundy of its vast amounts of water. It was close to high tide when we drove to the dock an hour before departure and thus the tide was going out by the time we were crossing.

My photography didn’t do justice to the wonder I felt as I stood and looked over the tidal flats at low tide and the speed with which the water comes in. I took many photos but as I reviewed them for this post, it feels something like trying to document a daisy one petal at a time (my daughter’s analogy for trying to photograph the Swiss Alps.) Maybe I would learn how if I took another 10,000 photos – but alas we had to move on.

An all terrain vehicle and a clam digger.

Maybe words will help me. During a 12 hour tidal period (2 low & high tides), 115,000 billion tons of water move through the bay from the Atlantic and back back again. The highest tides are in the Minas Basin, a bay going into Nova Scotia, at Burntcoat Head of 14.5 meters (47.5 feet) with an extreme range of 16.3 meters (53.5 feet). (Wikipedia and Guinness Book of World Records) Most amazing of all, the landmass of Nova Scotia tilts with the changing weight of tides.

Everywhere we went, we watched for a few minutes to determine if the tide was coming in or going out. We would focus on a rock at the edge of the water to see if it became submerged or it was left more visible. We watched the currents of large rivers to determine if water was flowing downstream or upstream. We ventured a guess as to where the high-tide marks were. Yes, we were fascinated with the flow of the tides. 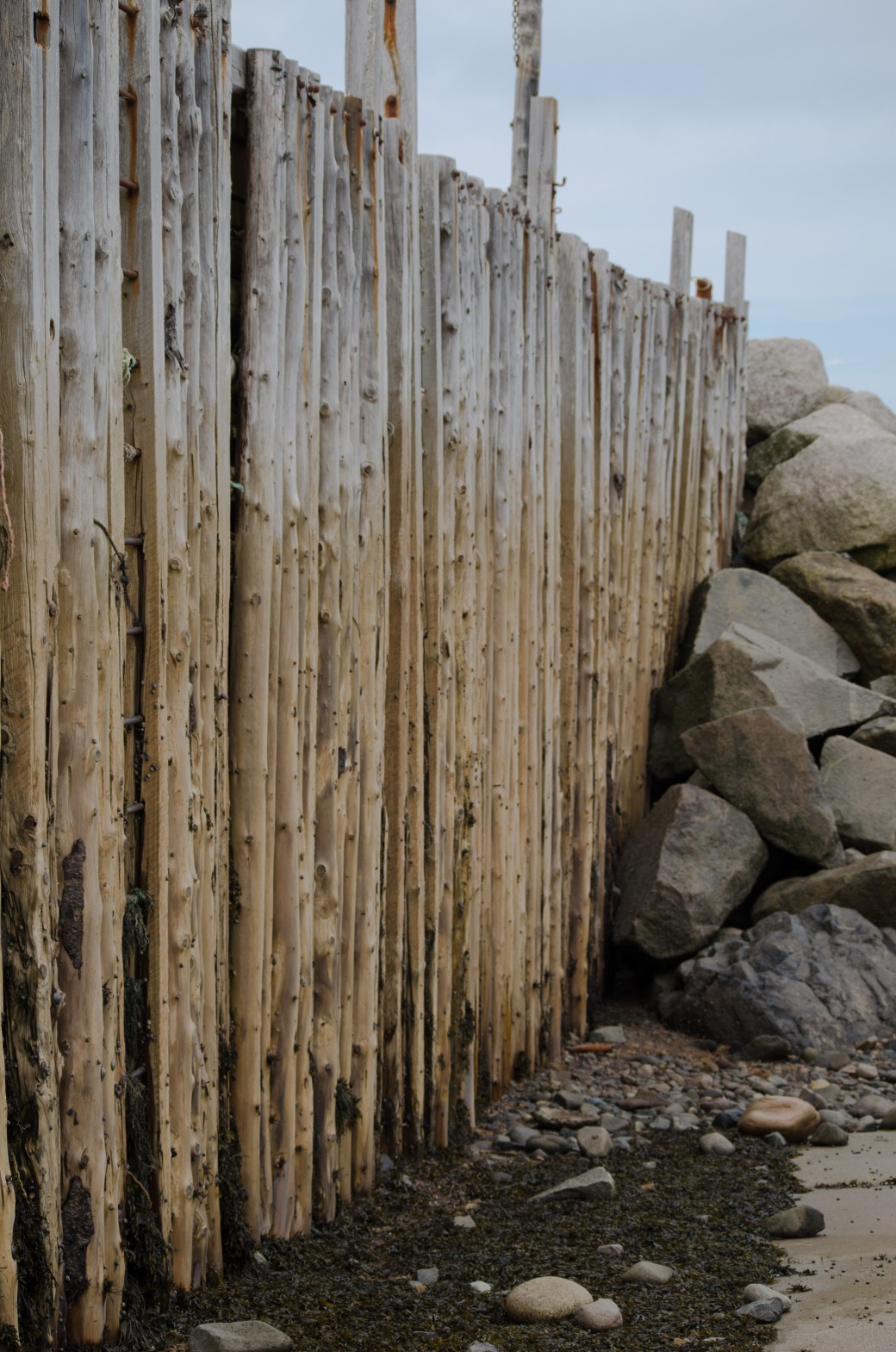