I received a notice from WordPress yesterday that this is my 5-year anniversary of maintaining this blog. Funny how things come together to shape my thinking and what I feel compelled to write about. A few weeks ago Michael Watson wrote a post about Those in-between Places that spoke to me. I started a post but it didn’t move much – or maybe it moved in too many directions. Then a post I wrote six months after I started blogging came to my attention and I thought about re-posting it. And last night our friends suggested we take a camping trip to South Dakota to see the herding of the buffalo. Jim suggested that we could change our plans to travel to Nova Scotia and combine the buffalo trip with going to the Canadian Rockies. This really surprised me – and I decided this morning to re-blog the earlier post but with some rewrites to make it relevant to all that is happening now.

In 2012 I wrote: It was a long time coming and I’m not sure when it happened. I don’t miss me anymore. This is a strange thing to say but I know the frightening feeling that comes from loosing my sense of who I am. I know the sadness that comes from not believing there is enough of me left because of the changes in my life due to contracting a chronic condition. I really did miss me – but not any more.

My blog was originally named “I Miss Me, Too” because that was what I wanted the title of my book – the one that I’m not writing any more – to be called. Here is what I wrote on my ‘About This Blog’ page when I started blogging. It explains how I came up with the title.

One day during that first year after being diagnosed, I was in the kitchen with my husband of 40 years. He stopped working, looked at me, and said that he knew I couldn’t help it but he missed me. He had tears in his eyes. My eyes welled up and I said, “I miss me, too.” We embraced and cried together. 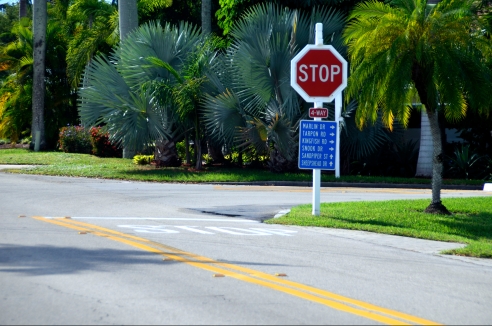 I feel like I turned a corner, from missing me to not missing me. How many times have I said that, about turning a corner? Whenever I started a new computer file for my journals, the first entry begins “I feel like I have turned a corner.” There are 10 files of journals that cover 8 years – so ten times I had turned a corner. I guess you could say I’ve been around the block a few times. This seems to be my way of explaining that I made a leap of progress towards my emotional and physical healing each of those ten times – then eleven in 2012, now twelve in 2017.

Those leaps of emotional healing didn’t happen suddenly. It was more like a long slow, continuous process and what happened was that suddenly I realized that I felt different. Change takes a lot of work. We have to have a vision of what we want, and maybe observe others and think about how we would like to be, and we need to practice actually being like our new vision. Sometimes we need to look at our pasts, confront old ghosts, heal old wounds, let go. Sometimes we need to acknowledge our sadness and anger. It takes conscious effort and courage and perseverance. I have been working on it for nine years so far – taking many small steps and spending lots of time on plateaus where I can prepare for my next step.

I began to feel the shift to feeling more whole when I started my blog and became a part of the blogging community. Focusing on how to use a new camera and learning how to take interesting photographs allowed me to connect with a long neglected part of myself, my artistic self. Blogging gave me a platform for sharing the emotional turmoil of having fibromyalgia by posting rewrites of portions of my never-to-be-published book.

Writing for the blogging community was much more rewarding than writing for publishing and thus brought a dynamic, evolving meaning back into my life. My focus began to shift from sharing my illness to wanting to share the life I was living – through photography and story. I discovered that I could touch people’s lives with my blogs and my life was enriched through the life stories of other bloggers. It feels like I am on a shared journey of life that is being recorded through our blogging. 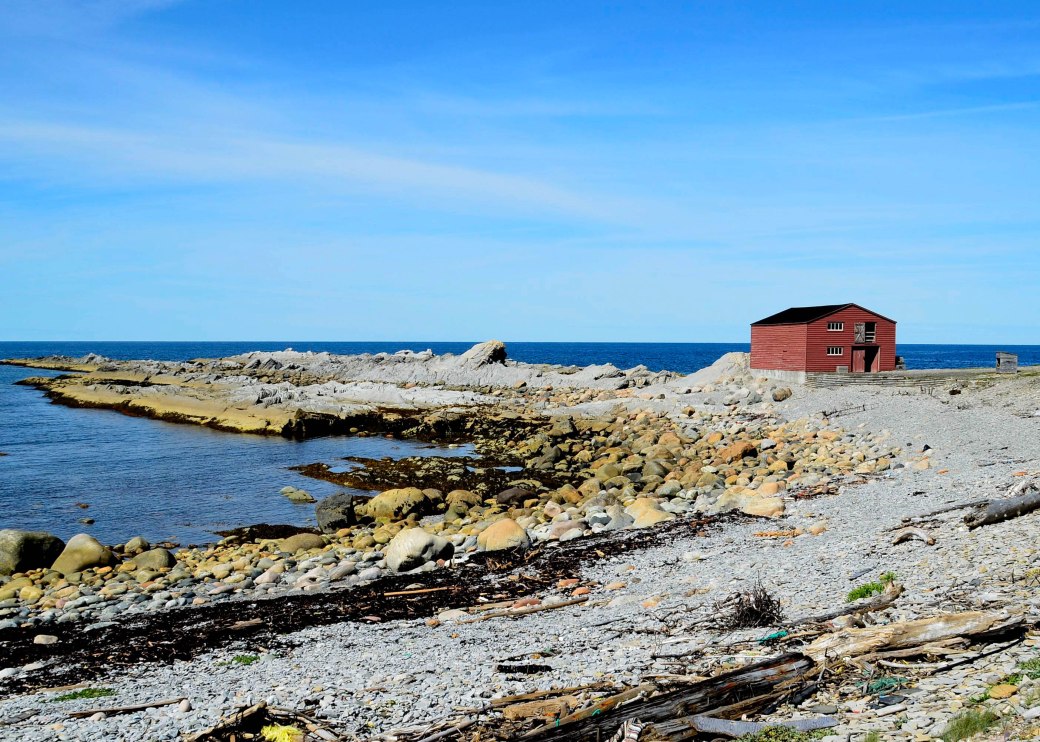 The second event that seemed to give me a new sense of self was the long camping trip to Newfoundland in August of 2012. This trip shifted life for both me and my husband. A while after I was diagnosed (2004), we were talking and he went into that funny mood that says he is thinking about something that needs to be said but he doesn’t want to say it. He finally confessed that he was feeling guilty because he believed I got sick because he “dragged me” on a three-week camping trip to the Canadian Rockies. It is true that I started having symptoms about 6 weeks later – but proximity doesn’t prove causation. He was able to let go of the guilt but still had to live with the fact that our life was changed.

Our trip to the Canadian Rockies 9 years earlier was the last traveling camping trip that we had taken and the planned trip to Newfoundland was similar in length and work. I had some anxiety about doing the trip but I really wanted to go and knew how to prepare. He had a lot of anxiety because he feared I would get really sick a long way from home or wouldn’t be able to participate in our travel activities. After we returned, he told me that he was really surprised that I had done as well as I had. Our eyes connected and he said that it felt really good to have me back.

I guess I am back. I’m not the same because we both know that we had to do things to take care of me – but I was alive and vibrant and involved on the trip. I worked along side of him and carried my half of the work load – almost and most of the time. It was similar to our Canadian Rockies trip, but I was different. We have adjusted to the changes in me so I can be like I used to be – even though I’m not. Maybe we don’t remember what I used to be like, but in many ways he isn’t like he used to be either. In any case, we have found a way to live life fully, together, that is rewarding for both of us.

This triggers silent tears because it was hard and it wasn’t always clear that it would happen. I spent a day or two feeling sorry for myself. Not in a bad way as I would if I felt like a victim. No, I felt sorry for myself as I would feel towards someone who had gone through a really rough time. I felt sympathy and compassion towards myself. I feel compassion and love for my husband who had to endure all that I have been through but didn’t always know how to handle it. But then neither did I. It was scary and hard.

I have read a lot about grief but I have never seen anything written about the grief we feel after going through a time of healing. When I was a therapist I frequently would sit and listen to people express their joy after making changes in how they thought and felt and the big difference it was making in their life. Then they would grow quiet and their eyes would get glassy. I knew at that moment they needed to lick their wounds – they were remembering how hard it had been, how hard they had worked, how much pain they had felt as they went through the healing process. I was feeling that way when I first wrote this post.

At the same time, in a strange way, a hard to define way, I was and have been afraid of stepping into the future. I wrote in 2012 that I had learned how to live with my emotional pain and sadness. I had gotten used to not knowing who I was. I had adjusted to not being able to do a lot and my husband didn’t expect me to be able to do most things. What if he forgets that I have limitations? What if he expects more from me than I can deliver? What if this living life fully, together, doesn’t last?

At this time, in 2017, I am also feeling fear about stepping into the future but for a different reason. At 73 I have realized that I have a limited number of days left and no matter how long I live, my health will never be better than it is right now. I have turned another corner and the path ahead just doesn’t seem very hopeful or bright. No one warned me that this would happen, or if they did I wasn’t able to absorb and understand it. Maybe it is something that people prefer not to talk about because I’m feeling a little guilty for writing about it. It makes me sound like I am in a sour, black, depressing mood.

In 2012 I wondered if I could maintain the new me I’d found – forever? What I have now done is look at forever and decided that I can’t see it through rose-colored glasses. I don’t want to. I’m putting my chips on facing this truth head on and by doing so I will be better prepared to face this time of getting old…   onto death. As a result a funny thing is happening – another surprise that I wasn’t expecting. I am feeling a new energy, a new sense of power. By facing this nasty little fact of getting old, I have lessened my dread of that which I have little control over.

Another surprise is that in 2012 I came to a useful conclusion. I realized that I need to remember that this is a new day – singular. All I have to do is live today. I planned for my tomorrows, but none of my futures were improved by feeling anxious about them. I can plan for tomorrow, but I need to live today.

I am listening to what I wrote five years ago because it still works. On this new day I may experience pain and fatigue and not be able to do much of anything. On this new day I may have lots of energy and be excited about the work and play I have planned. I am still overdoing on good days, and still paying for it with a day or two of not feeling well. I know how to take care of myself and I’m usually satisfied with moderation but also willing to pay the price for pushing the boundaries.

I have found ways to exercise my brain and body. I have found multiple communities in which I can nurture and be nurtured. My husband and I have settled into a fun and comfortable relationship. I can face my God and see her smiling at me. I don’t miss me any more because I have found a way to live that has integrity.