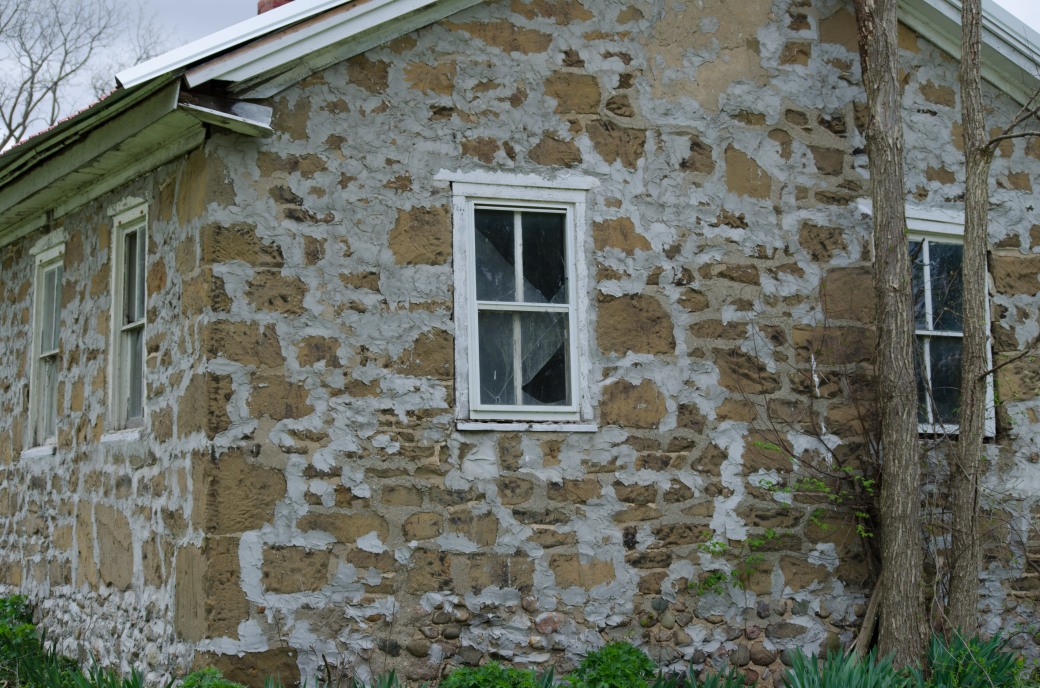 For many months JB has been talking about taking a little road trip, just a couple of counties to the west, so I could take photos of the one-room school his cousin Sarah attended, so many, many years ago. We decided to go yesterday before the shrubs and trees are in full leaf – because last time he saw it, it was overgrown. He wanted to show me the school because he knows I like one-room schoolhouses, and he wanted to go see it again because he has a fond memory of going to a special family event there with Uncle Ralph, Aunt Ester and Sarah. Or maybe the time was right to visit it for just one more time. Do we need to do that to find resolution in our minds between what was with what is? Who we were and what we had – with who we are and what we have? Or maybe who we aren’t and what we don’t have any more?

We found our way to N Drive N instead of N Drive S and JB pulled onto the shoulder of the road. There were ranch houses on both sides of the road, except for the large, remodeled farm house on our right. He explains that the garage hadn’t been there, that was where the milk house was. The front porch with the gables hadn’t been there and what we could see between the house and garage had been the passage way to the milk house. The house had seemed further back from the road and there had been a big side yard where he had played on a swing, waiting for Sarah to come home from school on the school bus. Getting to ride a bus to school intrigued him then because he lived in the city and walked to school. I didn’t pick up my camera because seeing the farm house “within” the house we were looking at took a real stretch of my imagination – but JB could see it.

He spent more time looking within his own memories than trying to undo and explain away all the changes that had been made to the house. But then he became more vocal as he swept his arm in a large arch to explain that all the barns and out buildings had been on the other side of the road. I could see them, could image them being there instead of the ranch houses. I could feel the excitement he must have felt when he was able to spend the night at Uncle Ralph’s farm.

We talked a bit about Uncle Ralph and Aunt Ester. JB told me about the orchard he had planted, his cows, how the farm had been on both sides of the road – with a lane that went up a hill that Sarah and he used for sledding. Uncle Ralph had been industrious and hard working – that was what JB was remembering, until Uncle Ralph and Aunt Ester hit the sauce big time. Alcoholism was a big problem in his mother’s side of the family. The alcoholism is his most recent memory of them and maybe he needed to reconciled the later memories with the earlier memories that were so positive and happy and loving.

It wasn’t a long drive down N Drive S until he found the school. The brush had been cleared around it and someone had made some changes to make it into a home, although it is currently abandoned. 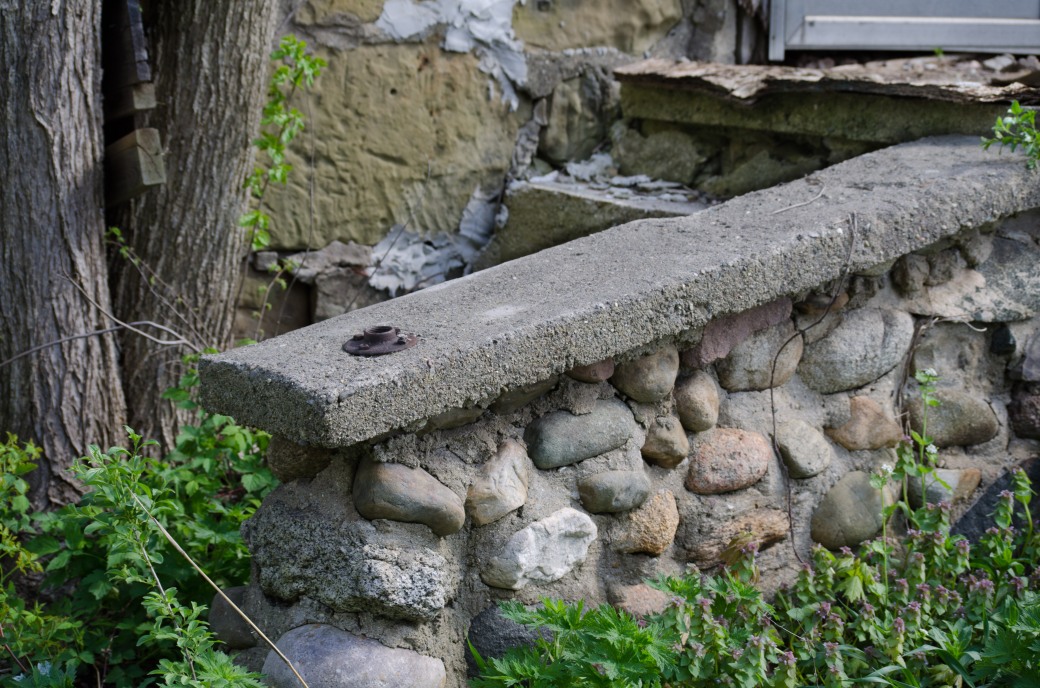 I took a few photos, trying to capture JB’s memories. JB wandered around. I was soon drawn to the redbud and dogwood in full bloom across the road. A strong wind was bringing in some rain so I enjoyed the challenge of experimenting with different settings on my new lens to get an interesting depth of field of moving targets. 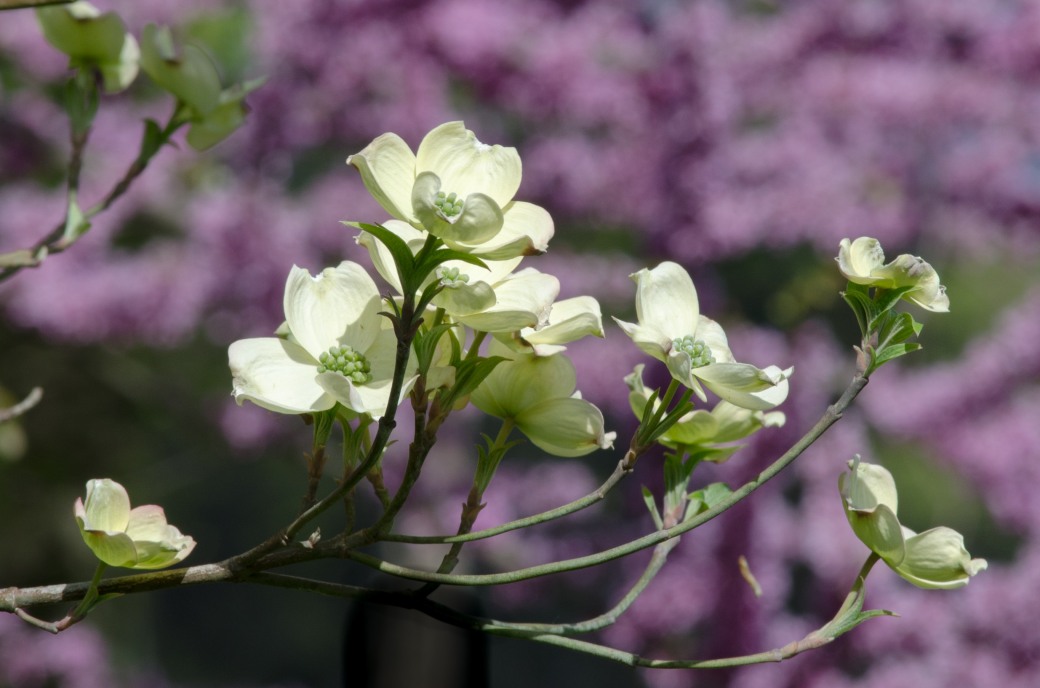 When I returned from my deep concentration, JB was standing in the middle of the road looking at the old school. I walked over and cuddled up to him, gently commenting on how wonderful old memories are. He smiled and said that it doesn’t matter that the school isn’t as it was. I agree. Sometimes we need to visit places that once created good memories. But what remains from the past is only important for helping us remember the “once upon a time” experiences that have stayed with us and influenced, in some way, who we currently are.

We slowly drove a half mile or so down a dirt road as JB talked about the stream that went though Uncle Ralph’s fields and the really nice bridge that he could drive his tractor across. “Stop, stop, stop – back up, back up, a little more, there it is.” 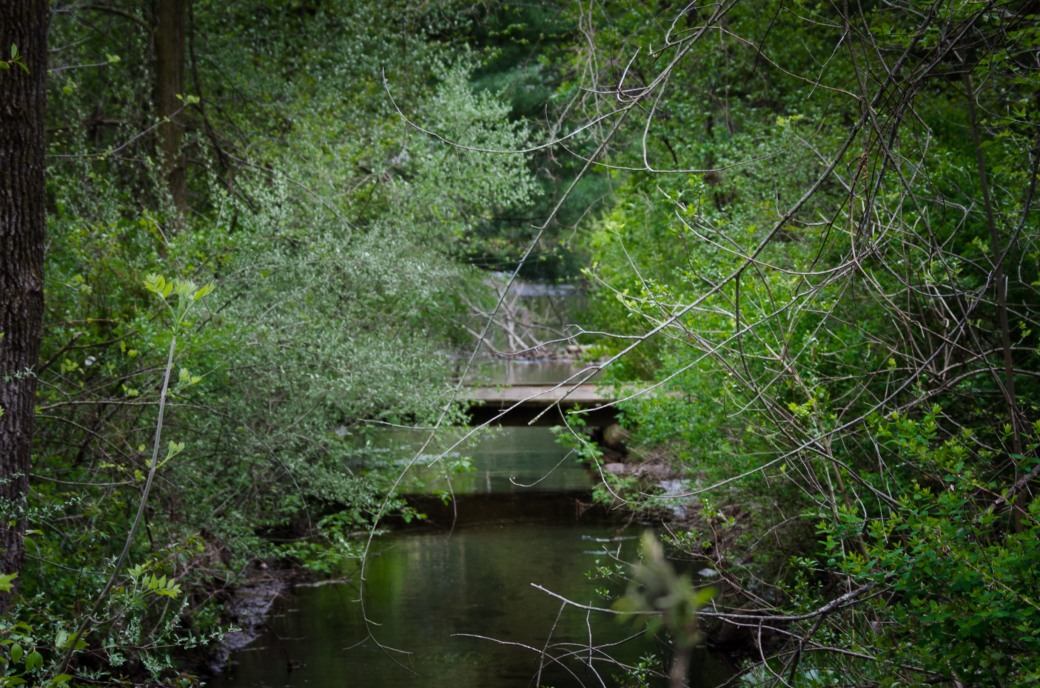 JB thought it looked like the same bridge. Maybe it is, maybe it has been rebuilt, maybe it is a new bridge built for some new purpose. It really doesn’t matter because in our eyes it is Uncle Ralph’s tractor bridge to the next field. And my prayer for the day is that we may all have a nice bridge to the our next field of being.

21 thoughts on “Road Trip to a Memory Farm”