Last Spring I called my daughter who loves to travel and said, I wanted to go to Cuba – she agreed. It was decided.  JB wasn’t too excited until I got online and told him there are tour companies that have trips to Cuba. He prefers traveling on a tour where someone else makes arrangements for where we will sleep and how we will get from here to there. He has no desire to drive in a foreign country, except in Canada. They are our Michigan neighbors, his father immigrated from there, many of our Florida friends are Canucks, so Canada isn’t a foreign country). 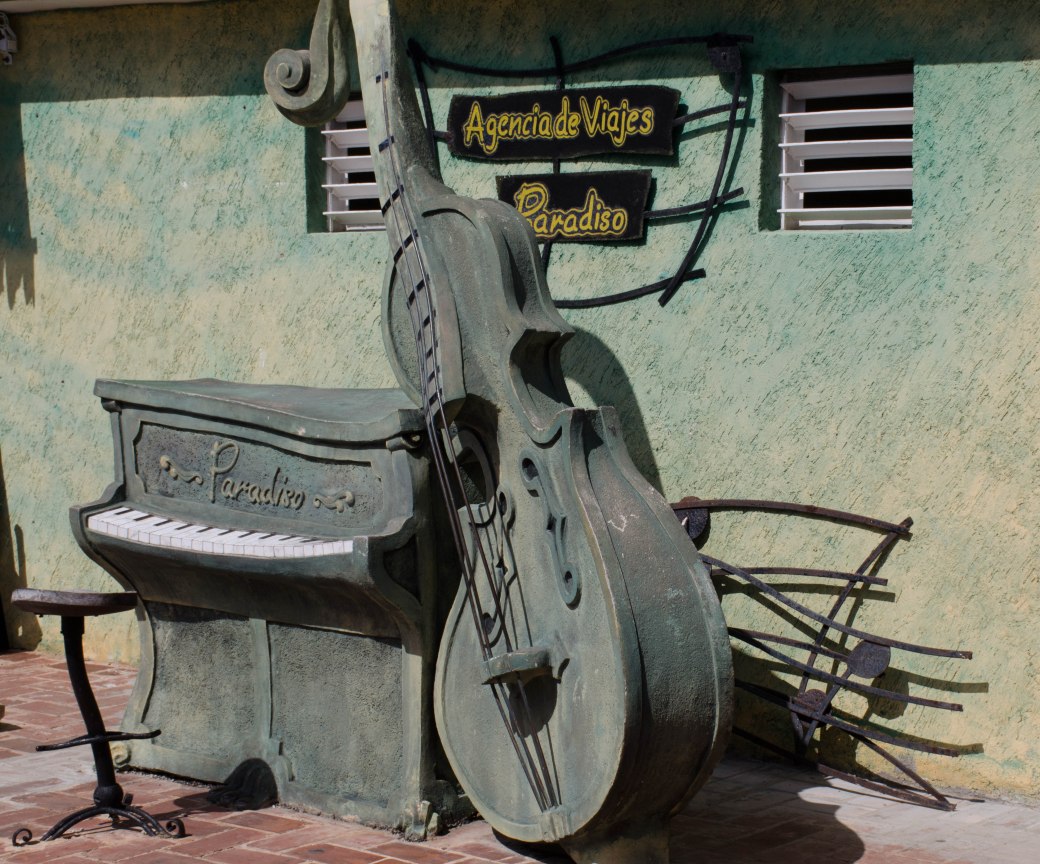 I wanted to learn about Cuban culture and history because the islands are not very far away from our southern Florida home and I remember hearing news about the Cuban Revolution and the US/Cuban Bay of Pigs crisis so many, many years ago. JB was eager to see the vintage cars that he has heard so much about – we grew up a short way from Detroit, down I-94. We grew up when now-classic cars were new models we eagerly awaited each year, and Motown played as we cruised the Ave.

I called a tour company we have used in Europe and they said they were booked through 2017, but would take our credit card number and book us if there was a cancellation. JB went to a travel agency in Naples and picked up some literature. The travel agent said they worked with a Naples company owned by Cuban natives that would be willing to develop a custom tour to meet our unique needs and desires. I was a bit leery but we got an itinerary and quote. I also got online and checked them out – and I read the big tour companies’ glossy paper brochures, especially the pages of rules and regulations in the back. 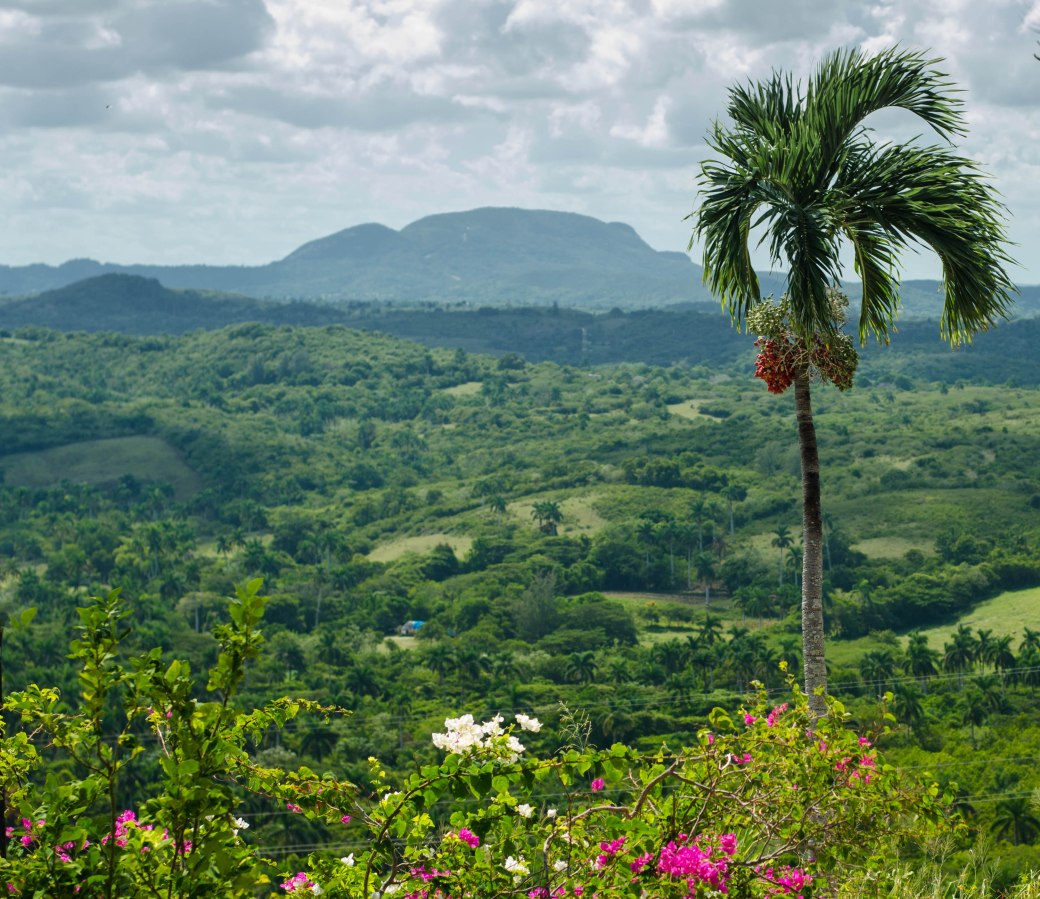 The itinerary looked good and the price was right so the three of us agreed to use Positive Things and Destinations. I sent the information to friends in Michigan and they booked along with Lynn’s niece. We were excited but all of us were a little worried. This company was started in 2015, operated in a different way, and we were booked to go to a country where touring is a new opportunity for U.S. citizens, even though people from other countries have been vacationing at resorts for years. For us it was kind of like the scary excitement that comes from living on the edge.

As we exited customs at the very small Havana airport, having come from the huge Miami airport, we were met by two people associated with the tour. It didn’t take long to know we had made the right decision. Confronted by local customs that were not instantly comprehensible to me, our guides took us figuratively by the hand and loaded us into two taxis. 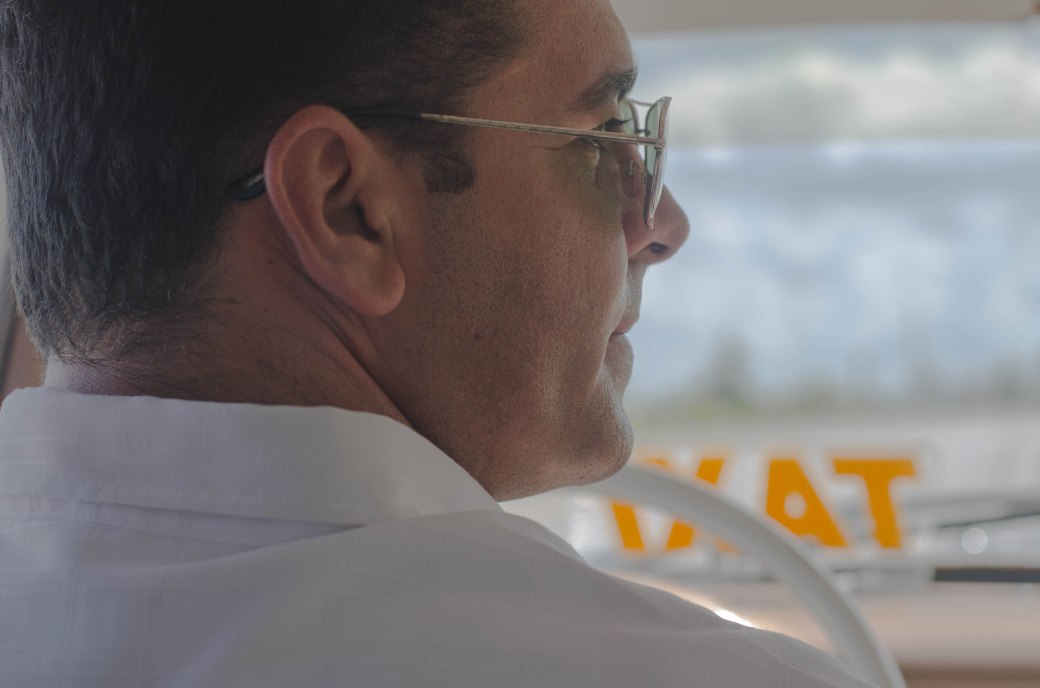 For the next eight days, the six of us rode in two taxis to Varadero, then down to Trinidad, and back to Havana. One driver was fairly fluent in English and was eager to answer our questions. JB enjoyed riding with him because they shared an interest in identifying old cars and discussing modification that had been made to them (not much to exterior).

We had a tour guide who spoke excellent English and rode with the driver who didn’t speak English. The guide was the one who negotiated the time of pick-up each morning, gave us options for things to do, and made decisions about how to fit in the sites that were on the itinerary. He was also sensitive to pace and listened to what excited us most so he could modify itinerary as we went along.

This taxi made JB’s heart beat a little faster because he has owned two 1950 Chevys. Both cars had been updated with diesel engines, air conditioning, and the 1955 had power windows. The climate of harsh sun and salt air is hard on paint so they have had several paint jobs. Both drivers were very proud of their cars and felt great pleasure in our enjoyment of them. Judel was especially proud of owning his 1955 because it had been purchased new by his grandfather.

It was this type of interaction with our tour guide and two drivers that added that special human element to the tour. We learned about girlfriends, wives, children, saw photographs – and had special interactions with a mother and friends – but you will have to wait to hear more about that.

What I comprehend more now than at the planning stage, is that this company will structure a trip to meet special interests. If our group would have been smaller, only two or three travelers, I could have told them that I wanted to pace the trip to take lots of photographs. Travel companion, Gary, could have played a round of golf or two or three. Lynn could have gone snorkeling or horseback riding (almost every family outside of the major cities has a horse or two), Sharon and I could have attended a ballet or concert.

Traveling in a small group allows more flexibility than a tour of 25. Having two taxis allowed us to go anywhere a car can go, and sometimes to split up to meet unique needs. There are a wide variety of lodging options and some of us would have enjoyed staying in small hostels and homes. Some on our trip wanted en suite accommodations and we didn’t know enough about small establishment so we asked to stay in four or five star hotels. I will tell you about them in later posts. We had the opportunity to see both rural and urban living. We went to parks and World Heritage Sites. We shopped at a variety of markets and walked through city streets. And we felt safe knowing that our guide, Lester, was in charge and was dedicated to helping us learn about his country.

I look forward to sharing my observations, in words and photographs, along with some of my thoughts about their country, people, and history in future posts. You can obtain more information about this tour company by clicking here: Positive Destinations. I am not on their payroll nor receive any kickbacks. I’m just a satisfied customer.

34 thoughts on “Cuba: Traveling on the Edge”