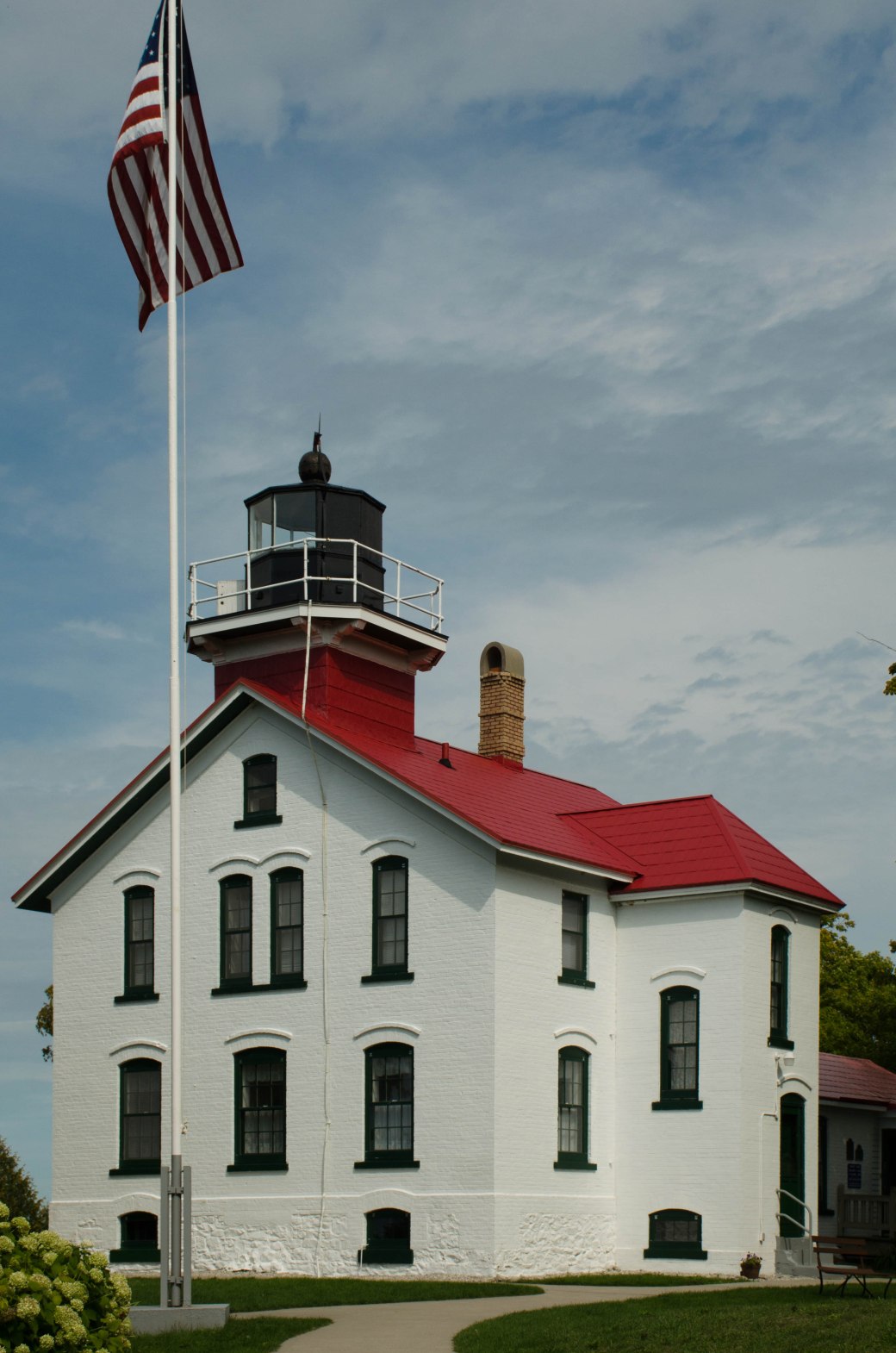 I wanted to photograph the lighthouse from a different perspective so I walked toward the beach. The beach was a surprise and provided a quiet retreat for the few minutes I wandered through the paths. I love the diversity of beach along the more than 3,000 miles of Great Lake beach front in Michigan.