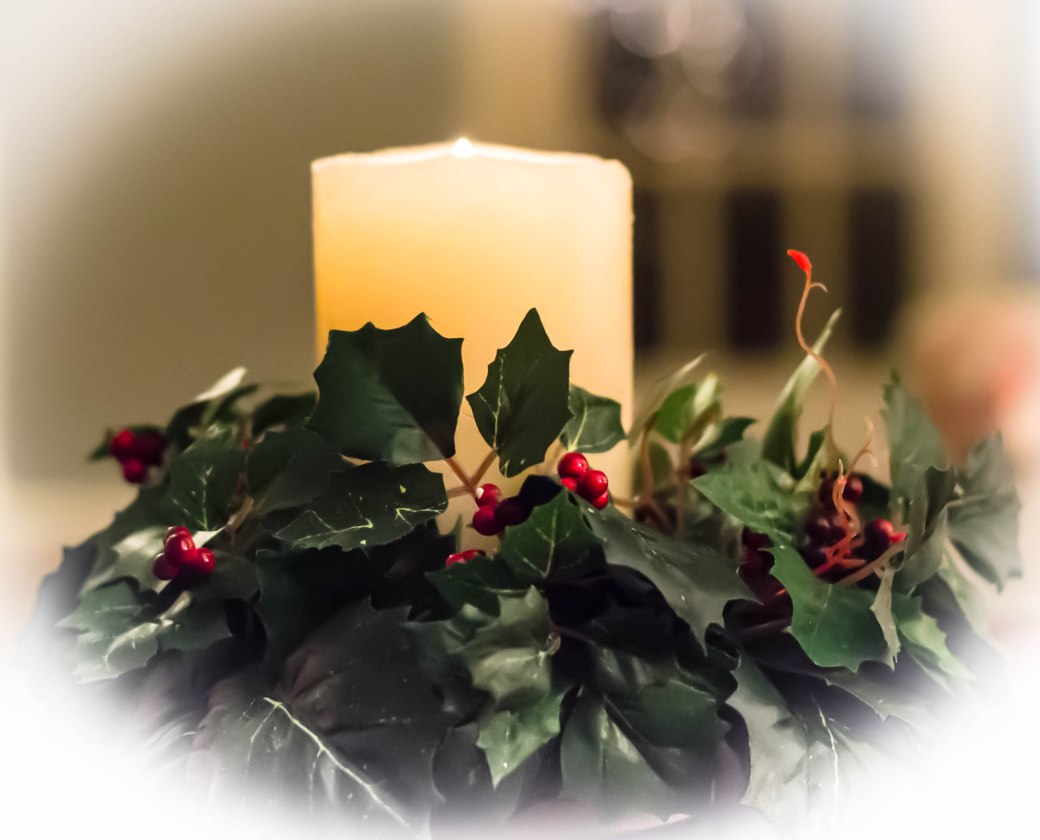 Last week I was looking at videos of Christmas’s past. My grandsons’ mother died this past year and there were home videos I wanted to copy for them so my beloved grandsons could sort out their memories of their lives with her. She suffered from mental illness so life could be crazy sometimes. My goal was to give them something to use as they grieve and to help them sort out the naughty and nice of this part of the tapestry that is being woven to define who they will be as they age.

As so often happens, I got hijacked along the way by my own tapestry that continues to be woven, even as it is fraying along the edges. The video I watched was of Christmas, 1995. It doesn’t sound that long ago but it was, 20 years long ago. The wine I drink and the cheese I eat haven’t aged that long. In 1995 I hadn’t yet arrived at the decade I would consider the prime of my life.

I became nostalgic as I watched that video of Christmas 1995. My whole family was together – my mother came from Florida, one sister from Wisconsin, and my other sister came from Grand Rapids. They brought their husbands and children. Our son was still married and they were there with our two grandsons, along with our youngest daughter who was home from college. In the video our home was bursting with activity and laughter and stories. We were all together – well almost, except my father who had died 14 months earlier and our other daughter who was living in Russia that year.

I felt sad when I realized it was the last time we would all get together as a family for Christmas. I enjoyed watching my mother talking and laughing and teasing me – she remarried and never came to Michigan for Christmas again, dying about ten years later. My baby sister moved to northern Wisconsin, a two-day drive away, making visits for holidays difficult – besides our children have grown, with families of their own. Between my offspring increasing and my other sister not wanting to travel the two hours to our home we didn’t see them at Christmas much after 1995. She died about three years ago. I have invited my brother-in-law and two nieces to our Christmas Eve celebration but they can’t come because of work responsibilities. My son’s marriage broke up so my daughter-in-law was no longer a part of our gatherings; her death three months ago didn’t have an impact on our gathering.

As I watched Christmas Eve 1995, I also realized that our youngest daughter hadn’t met and married her husband yet so he was missing, and they hadn’t given us our three bright and beautiful granddaughters. The Christmas video reminded me that families change over the years as some people leave, others are added, and sometimes configurations change.

On Christmas Eve 2015 we once again gathered – and our family was all together again. Except it was a different configuration from 1995, and our oldest grandson, his new wife, and our new adorable (step) great-grandson couldn’t be here. This year our daughter-in-law and her two young-adult children are “official” because they married our son last summer. We had welcomed them as real family several years ago, but this year was special because of the legal change.

It was a lovely gathering, full of joy and peace and good-will. Our home was alive as gifts were lovingly exchanged, and we laughed over our feeble attempts to explain how words (like poop) are related to the Christmas story as eight people gathered for a game of Scrabble (with new rules). We gathered around a long Christmas table set and decorated by our youngest granddaughter, sharing food the better cooks lovingly prepared. There was more laughter and bantering as children and grandchildren bartered unwrapped stocking stuffers they had picked from a pile in the middle of the floor.

I took video clips throughout the afternoon because I know that someday in the future the people we shared this beautiful and sacred day with will look at it and think about how Christmas used to be, feeling sad about those who are no longer present and how much things have changed. And then, hopefully, they will feel contentment with their new Christmas traditions filled with love, joy and peace.

10 thoughts on “The Loss of Christmas Past”