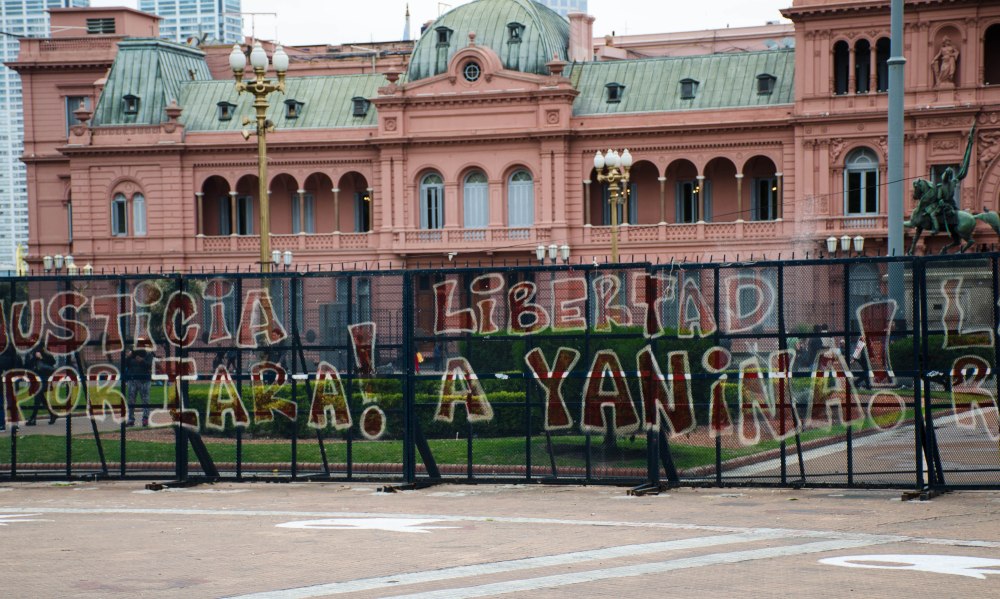 I am not going to attempt a long essay on Argentinian politics. I wouldn’t even attempt to do so on US politics. But we did have the opportunity to experience some of the political excitement first ear.

I first found out that there was a presidential election when I was having a late lunch on Saturday (because it is less shameful than having an early supper at 5:00 in a country that eats dinner after 8:00). The woman at the front desk at the small hotel where I was staying in the neighborhood of Palermo directed me to this wonderful bar and restaurant because of the good food and they would accept US dollars, giving a very good (she called it a Black Market rate) exchange. This was my first day in Buenos Aries and I hadn’t exchanged any money.

As I was finishing up a very good meal, the waiter who spoke English came to my table and apologized that I wouldn’t be able to get more wine (or any alcohol) after 8:00 because of the Presidential election on Sunday.

Sunday I moved to a different hotel where I met up with my friend. Our hotel was next door to the Intercontinental Hotel, a couple stars up from the one we were staying in. On Monday, while we were waiting for a tour bus to go on a tour of Buenos Aries, we noticed strange things “going-on” next door. Some people were being allowed to enter the parking area and others were being turned around. There were important-looking people milling around – or at least people who had been given the job of determining who was “in” and who was “out.” We were told that one of the presidential candidates had booked his after-the-ballots-are-counted party at the hotel.

The tour bus let us off on a major street close to our hotel, which gave us the opportunity for a little walk-about and a light meal. As we were walking towards our hotel, we noticed a crowd gathering with banners flying. Drums were being beat (something like Scottish drums calling armies to battle) and people were singing. It was a peaceful crowd with people of all ages, including some children. They were singing their songs in Spanish (or maybe it was just one song all night long) so I didn’t understand the words – but they were words of patriotism and success. The meaning was deeply felt.

We were tired from our overnight flights, so we retired to our room that overlooked the street that ran in front of both hotels, with the party being held between the buildings. This was the “out” party of the supporters who weren’t invited “in.” But they had lots of energy and even more enthusiasm. They pounded and sang well into the early morning hours. They were celebrating that their candidate had tied another candidate and there would be a run-off election. Maybe I’ll get an invitation to that party, too.

6 thoughts on “Politics of Buenos Aries”