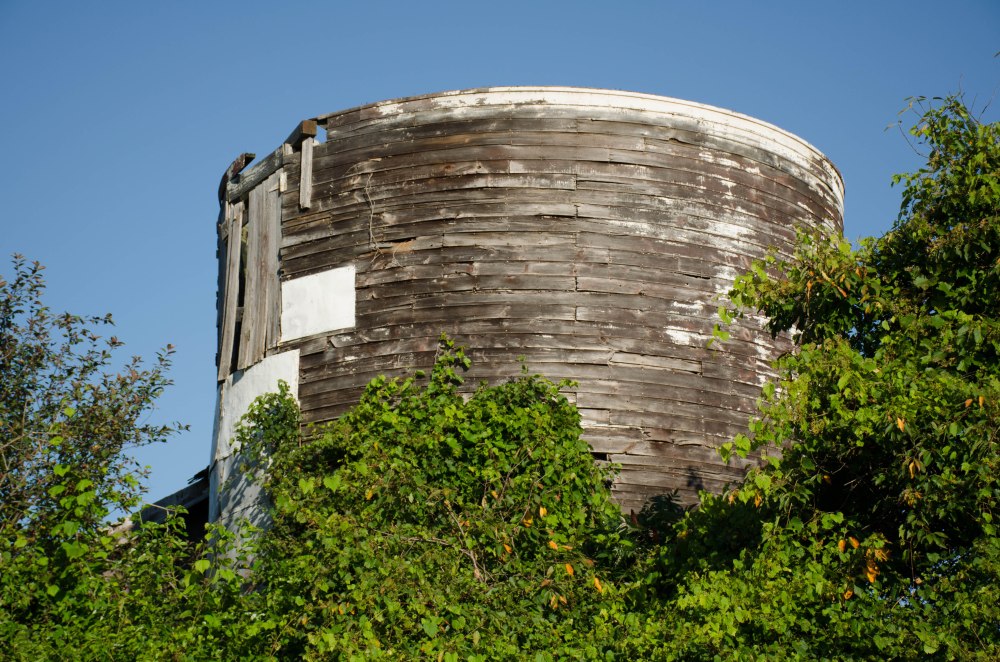 JB had urged me to get some photographs of the wooden silo on Henry Road in northern Jackson County so Julie and I put it on our agenda for last week. It felt like an exciting find for us, but I also felt grief. Michigan has so many wooden barns, but the winters are harsh and the owners we have talked to say they are very expensive to maintain so they are having to let them deteriorate. Some are covering them with metal or vinyl.

I have photographed lots of silos but this one captured my heart as no other. What makes it so special is the workmanship. The people who built it had tremendous skill in working with wood, and put a tremendous amount of effort into it. I wish I knew in what year it was built. 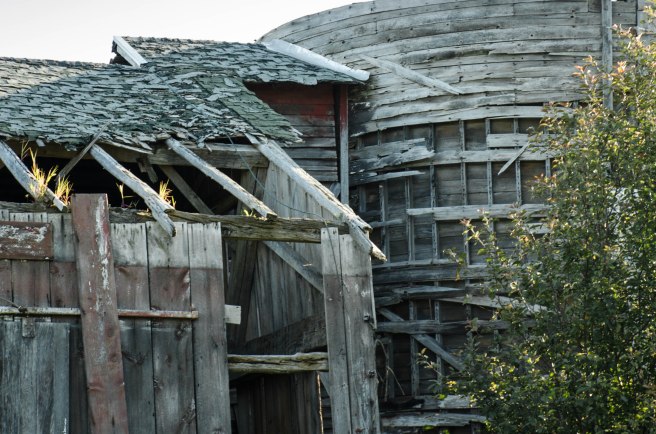 The person who built it took great care to make it solid and study. It must have been a younger man – but not too young. He would have had to be old enough to have developed the skill but young enough to believe it would serve his family forever. I hope this family prospered. I wonder if there are ancestors who remember, and grieve the loss of his work.

I’m a realist, and know that for everything there is a season. Life entails loss, lots of it, and we grieve. It is a part of our human condition to mourn those things that were but are now being lost. It seems that I notice those things that are being lost more so now that I am old. Maybe when we are young we are so focused on building and creating, so absorbed with thinking about our future, so sure it will go on forever, that we don’t notice what is being lost. It makes me wonder what part of our current culture will be mourned 70 years from now.