Yesterday we were very happy dirt-road travelers, Julie and I. Michigan has been very gray and rainy since early spring so we haven’t had many outings and when we went out we weren’t happy travelers. Yesterday was absolutely perfect after a few nasty, stormy days.

We pulled off the road because I wanted a photo of a hay field that was in the process of being mowed. We had arrived at US-12 were there are a few commercial buildings so we lingered a while. This two-lane truck route goes between Detroit and Chicago, kind of like a service road to I-94 that goes through lots of small towns. It was originally called the Sauk Trail and later the Detriot-Chicago Turnpike. We were at the small community of Somerset Center and these photos of windows are of a building that was built and run as a general store, post office, and social meeting place since 1871. Well, until it became an antique store. 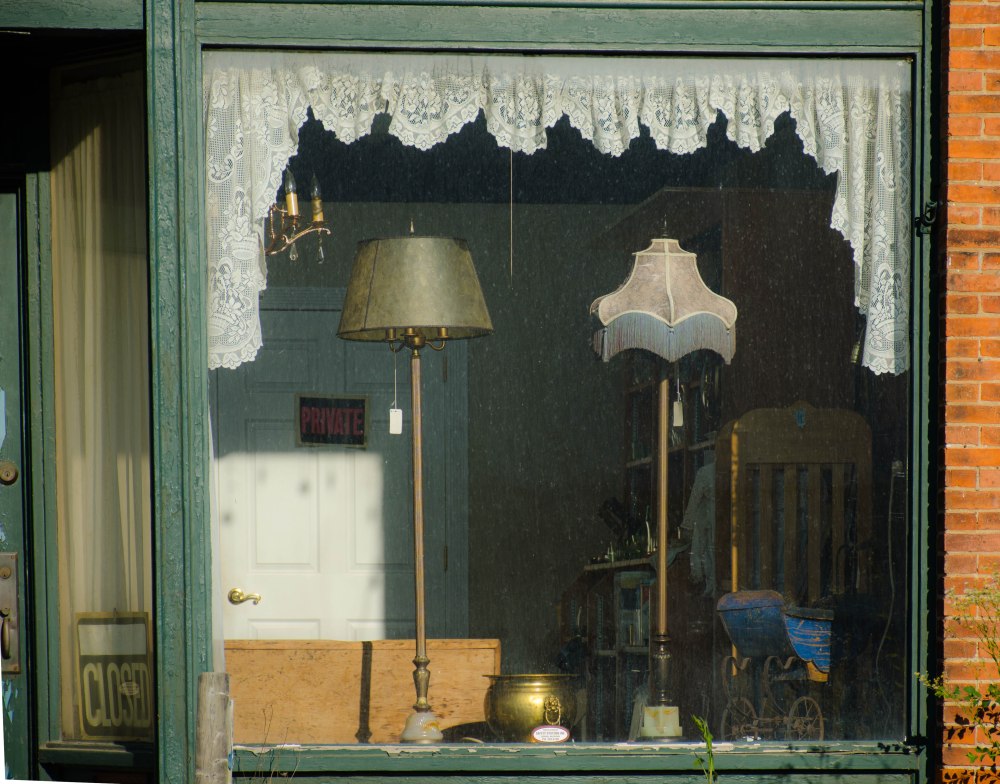