Sunrise in the Everglades

We got up early to drive into the Everglades of southern Florida before sunrise. Julie and I wanted to see the sun rise over a little piece of the saw tooth prairies that cover much of the 1.5 million acres of this shallow river making its way to the ocean.

As dawn lit the sky we realized there were clouds hugging the horizon and as the sun rose we saw only a short glimpse of the blazing orb. We didn’t feel a lot of excitement as we took our photos – at least not the type of excitement and awe we felt last year when we watched the sun cast its spell over a misty landscape. This year the sun was coming up in the wrong place on the horizon and the hardwood hammocks that dot this prairie were in the wrong places. I guess we take what we can get when it isn’t possible to spend a couple of days identifying the best place to get the shots we see in our mind.

When I turned my back to the sun, I was excited to see blue sky with light clouds. The sun is very harsh in this subtropical region and this is perfect light for photographing during the day. It is fun to wait as wispy clouds move in front of the sun, and my subject becomes bathed in soft light.

Our destination was the 25 mile Loop Road that loops off U.S. 41, taking us into the wilds of the Everglades. The first few miles of dusty road after turning at the old Monroe Station go through thick brush that doesn’t allow many glimpses into the grass lands and bald cypress stands beyond. The first time I drove it I wondered if we were wasting our time. 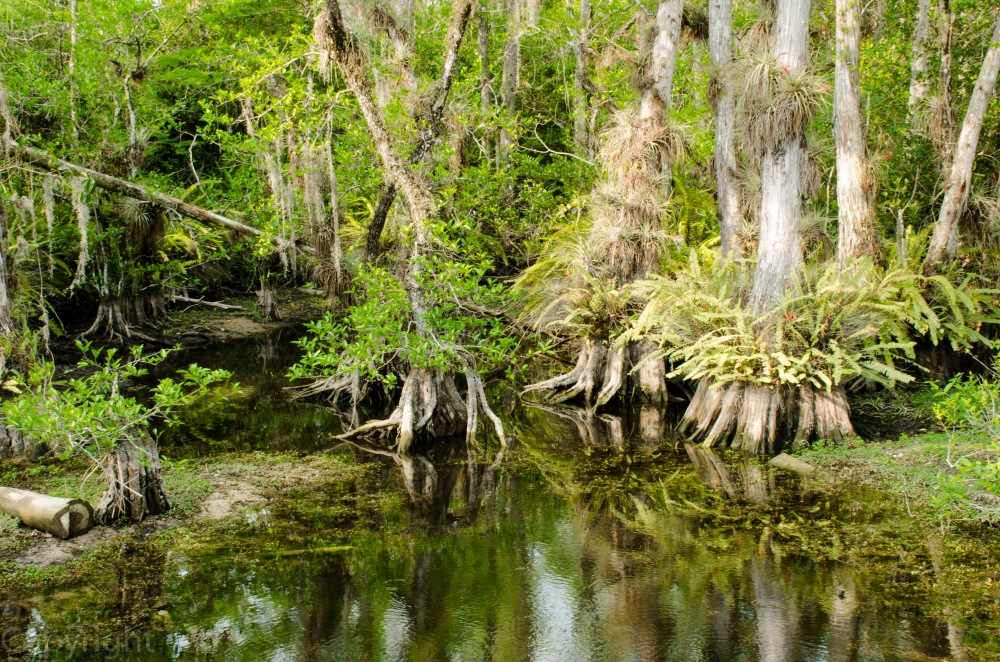 As the road turns more to the east, culverts were built under the road to allow for the southerly flow of water. There are a lot of them, and we stopped at most of them because this is where the water is deeper, and there are schools of small fish that attract wading birds who like to eat the fish. At least at the right time of year, in late February when the water level is low. This is where we can see and photograph wading birds and alligators up close in their natural environment.

The water seems really low this year – places that had water now have green ground cover. At the first few openings it appeared that we wouldn’t see many wading birds on this trip. As we were looking for wading birds, it became hard to ignore a woodpecker making a mighty big racket  – sounding like it was at least five feet tall. We finally found her and she was big, but not that big.

Joanne spotted the pink bird up on a branch, scarcely visible within the leafing bald cypress. Whenever I have seen them, they were too far away to photograph, and this one wasn’t much easier.

I’ve been here at different times in the fall, winter and spring so I’m beginning to notice seasonal differences. We saw a wide variety of birds but this time they seem skittish, preferring to stay a little further away. Some of them I recognized as juveniles and others I identified after I returned home. We could hear activity in the distant brush so I bet there were lots of nests to be protected and babies to be fed. 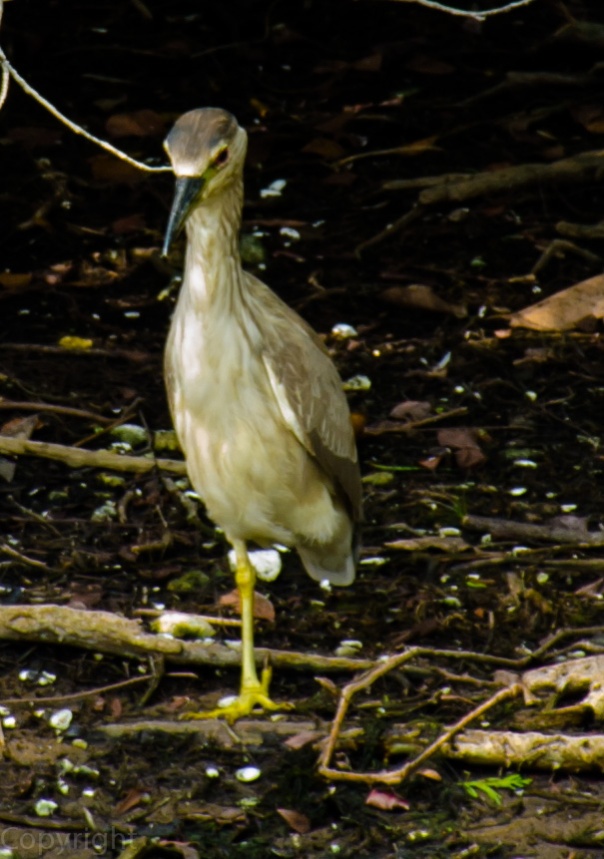 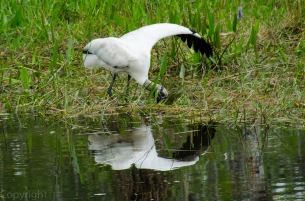 I learned the Wood Stork spreads a wing for balance as it digs for tasty morsels.

The only birds that weren’t skittish were the black vultures, who were plentiful and weren’t afraid to challenge my car for rights to the road.

Even the alligators stayed further away, instead of laying claim to the road’s edge for sunning.

Every trip helps me to better understand the personality of the everglades and brings different sightings. Each time I hope to get a better shot of something I had seen before and instead come home with unique photographs. I’m already thinking about when I’ll make my next trip into the wilds of the Florida Everglades.

18 thoughts on “Skittish in the Everglades”