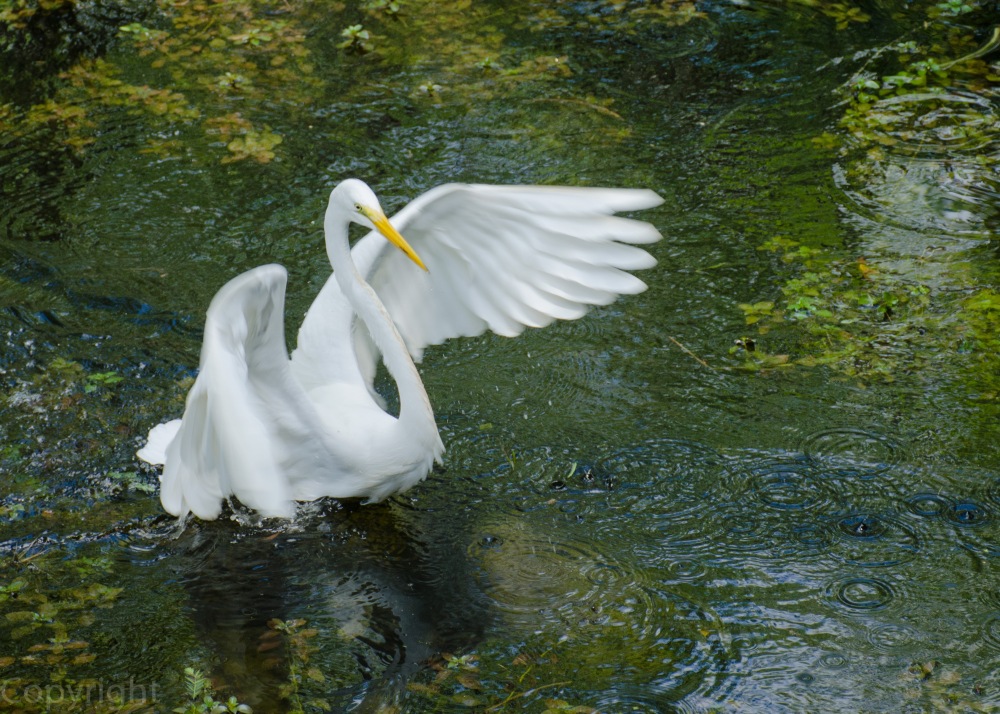 Ailsa picked this week’s word, “graceful,” because she says she lacks physical grace. I can relate. The most graceful thing I have ever done is fall off a horse – gracefully tumbling over his neck, landing face first in a pile of composted poop. Like Ailsa, I am drawn to grace in other creatures, maybe hoping I can learn the moves.

This is a Great Egret that I photographed in The Big Cypress National Park in the Everglades. It was fishing, and demonstrated that it isn’t quite as graceful trying to down a fish that is a bit too big.