The beach is rocky and I find a little ledge to sit on close to the water. My anticipation of a sunset precedes the actual event so I have lots of time to think. I’m alone except for a half dozen people far away.

I am used to sandy beaches so this feels a little foreign to me but also there is something very familiar – I have many neurons holding information, memories, of being on the shores of our Great Lakes. This stretch is on the southern shore of the Georgian Bay in Ontario Canada. After spending the winter on the salt-water Gulf of Mexico, I once again experience the wonder of the clarity and sparkle of the fresh water. 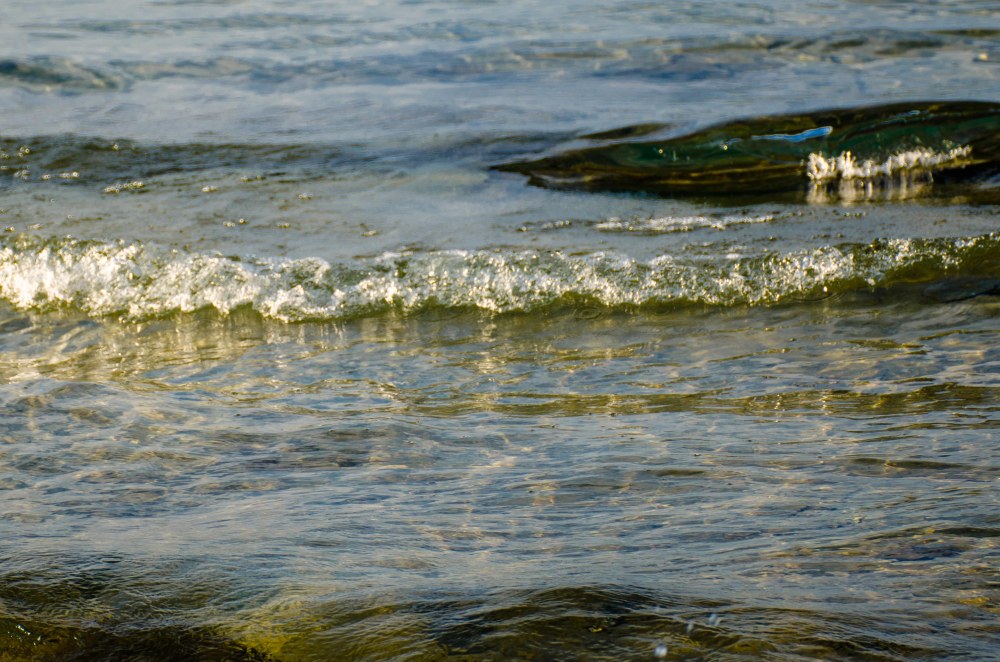 I enjoy watching the water, the gentle waves, as they break around the edges of the shingled rock shore. It starts me thinking about how these two forces, the great 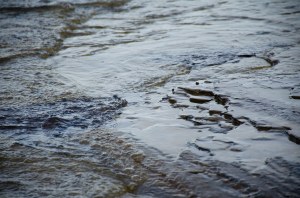 power of the water and the hardness of the rock, are continually interacting and changing each other. They have been for millions of years until we have what is now.

Sometimes we forget that what we encounter changes us – or should – in a good way. I feel sorry for people whose minds are so rigid that they have a hard time changing, or people who lack the ability to shape their minds toward resiliency. Maybe I am thinking of this because at my age I have seen so much change and sometimes I wish things would just stay the same, but they don’t, not even for a little while.

We visited Owen Sound because JB’s father was born at Shallow Lake and JB wanted to see the house where his father was born and the one where his grandfather lived and to visit the graves of the few other relatives that went before him. We did all that, and as we were sitting one evening having a cup of tea JB said he never needed to come back. It wasn’t is a bitter way, but with sadness. He said there wasn’t anyone left and everything was changing here. It wasn’t the same as when he came as a small child, with his father to visit his grandfather and aunt. It wasn’t the same as when he brought the kids camping and took them to see the things that he had seen as a child. I took photographs for him, that was all he needed.

Yes, the world is changing and we can either try to hang onto what was or we can move one. JB said he was moving on – and I am moving on with him. We have new places to explore and new people to meet. We are moving on with a smiles on our faces because we have great memories of what was, and we know that we are changed because of what has gone before – usually for the better.

15 thoughts on “A Rocky Beach Reflection”