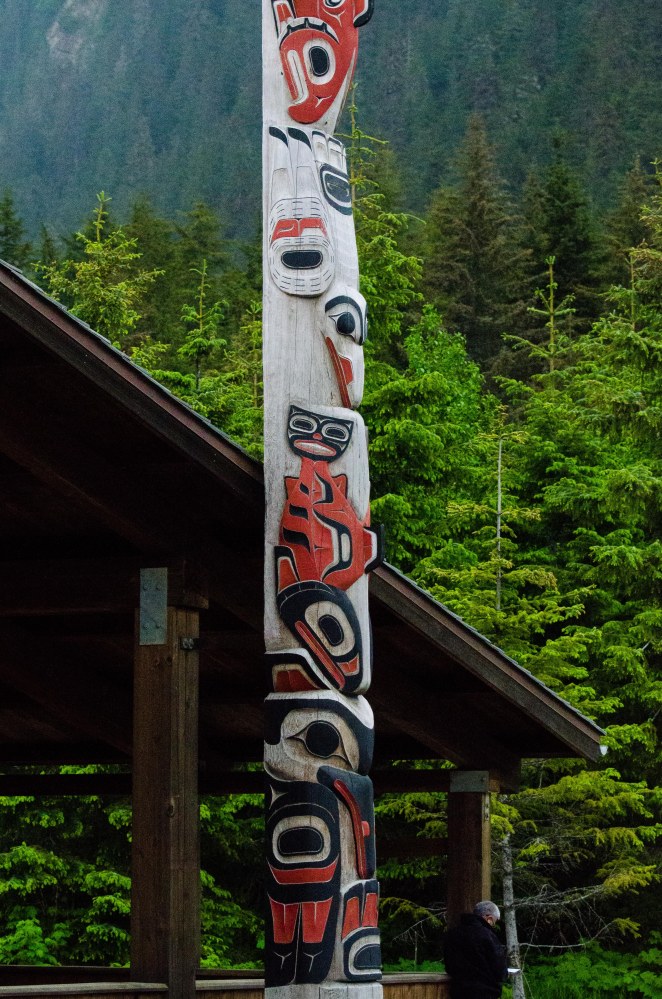 Our Alaskan small ship cruise anchored outside Hoonah, and my expectations weren’t very high. The buildings had been a large salmon cannery that closed, and were later purchased and developed into a place for the large cruise ships to stop. We were scheduled to see a play put on by Tlingits, a Native American tribe that archaeological evidence indicates has been present in this Northwest area of North America for at least 10,000 years. 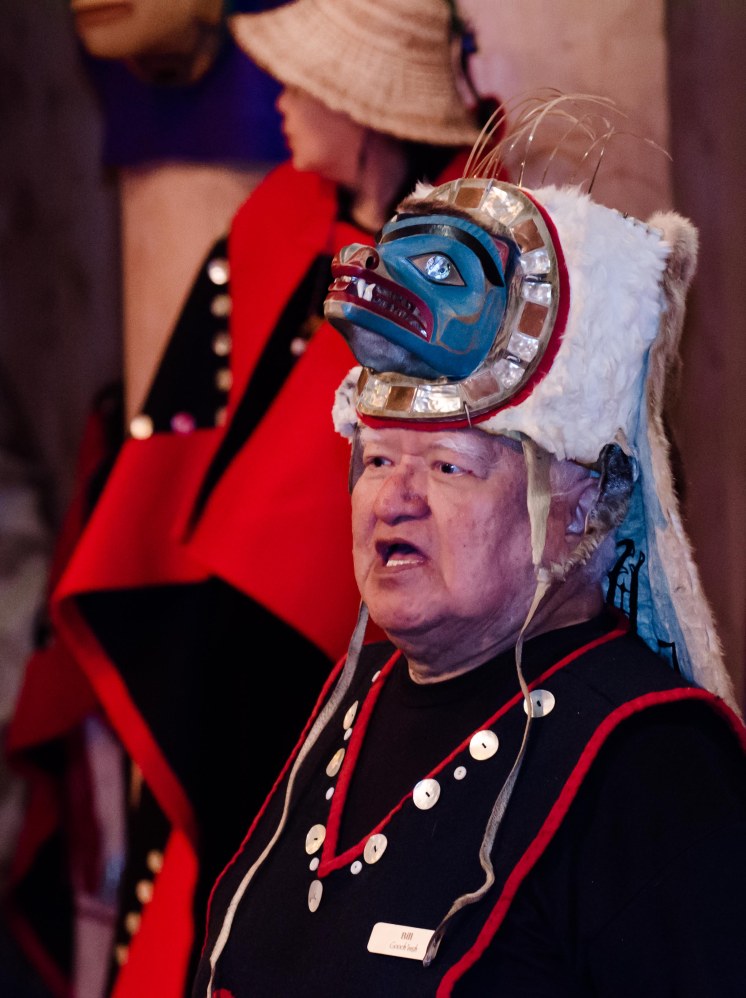 I didn’t expect to learn so much about the traditions of this group of people – traditions they are working to keep as the world around them is changing. A very important tradition is the telling of stories, and dancing that reenacts ancestral relationships between humans and nature.

Tlingits divide themselves into Eagles and Ravens based on which tribe their mother belongs to. Balance and reciprocity between the Ravens and Eagles are required to ensure social and spiritual harmony. (http://www.pbs.org/harriman/explog/lectures/worl.html)

I saw my first raven in Juneau and now understand the importance of the bird to native belief systems. Many stories are told about the Raven as trickster and sacred being. We heard one of how the Raven tricked the person who owned and horded all light into giving the moon, stars and sun to Raven who then shared it with everyone, so the darkness had light.

They are working to maintain and share their traditions of oral story-telling, dancing, social relationships, and costuming. 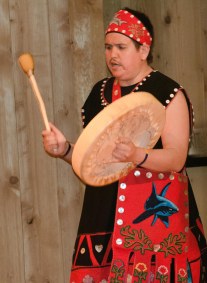 Because I wasn’t raised within the Native American/First Nation community, this feeling of being one with nature is hard for me to get my mind around and hold onto. I was indoctrinated from a very early age with the values of commercialism and personal wealth and possession of things. That is our tradition.

I have been reading a number of novels by Native American authors and want to assimilate these values – I still don’t totally understand but I respect their traditions. They feel sound.

The problem seems to be that large numbers of people cannot be sustained within their environmental value system unless we are willing to give up a whole lot of things. It requires a life with minimal processions to meet basic needs. It seems like the more I think about all that I have, the more I realize how my traditions are contributing to the raping of our earth. Ouch.

You can think about your interpretation of traditional in a photography post linked to:

11 thoughts on “The Story Teller”