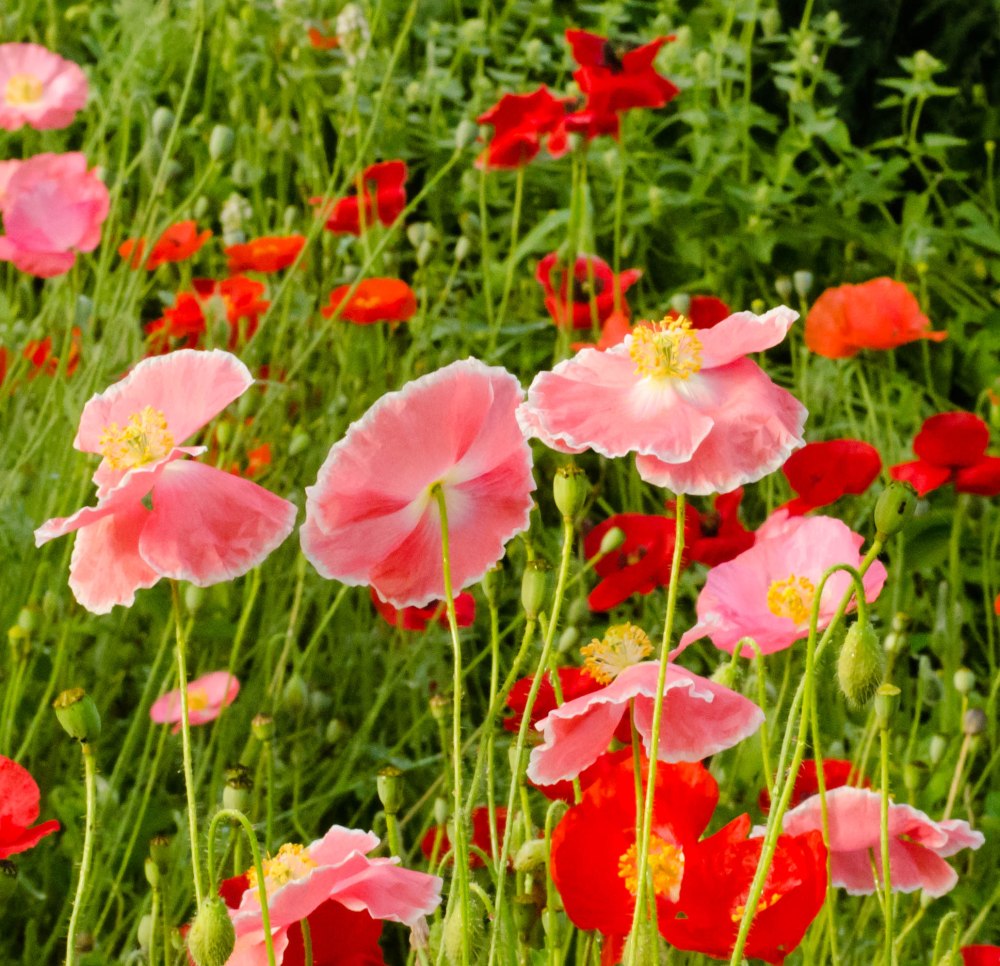 Last week I posted an image of these summer poppies and this is the rest of the story. While Julie and I were snapping pictures, I looked up and here was a man standing up looking at me over the grass that was growing between his garden and where we were standing on the road. I waved and called out a hello, saying we hadn’t seen him working there.

He said he had seen us drive up and wondered what we were up to. I laughed and explained that his poppies are beautiful so we stopped to take some pictures. He invited us to come see his garden.

It is evident that this farmer loves his garden and enjoys the work because he wanted to show us everything and it felt like a work or art. He and his wife live the entire year off the produce they grow and he has five sons (all went to college, he tells me) who probably also benefit from the garden. 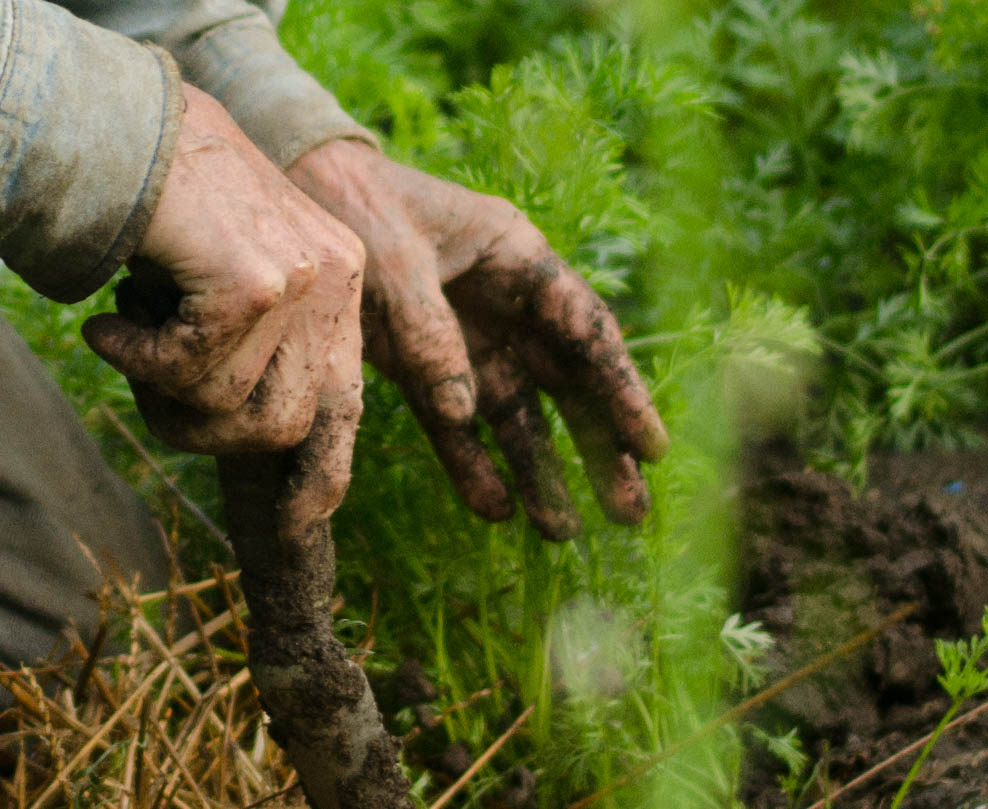 We received a demonstration on how to transplant carrots, even when the soil is really wet. He was in the middle of moving some carrots from a crowded row to a sparser row. It is evident that he has the soul of a scientist as he discovers ways to work the soil and grow his produce. We even learned the advantages of using plastic pipe to stake tomatoes.

He quietly spoke of his strong faith in God as he showed us all that is growing. What really excited me was the early blueberries that are beginning to ripen.

He invited us back to get produce when it is ready – but he told us to wear our old working clothes because we would have to harvest it ourselves. This is my kind of person – generous but requiring a little work for what we get.

20 thoughts on “Beauty Thru My Lens: The Gardener”