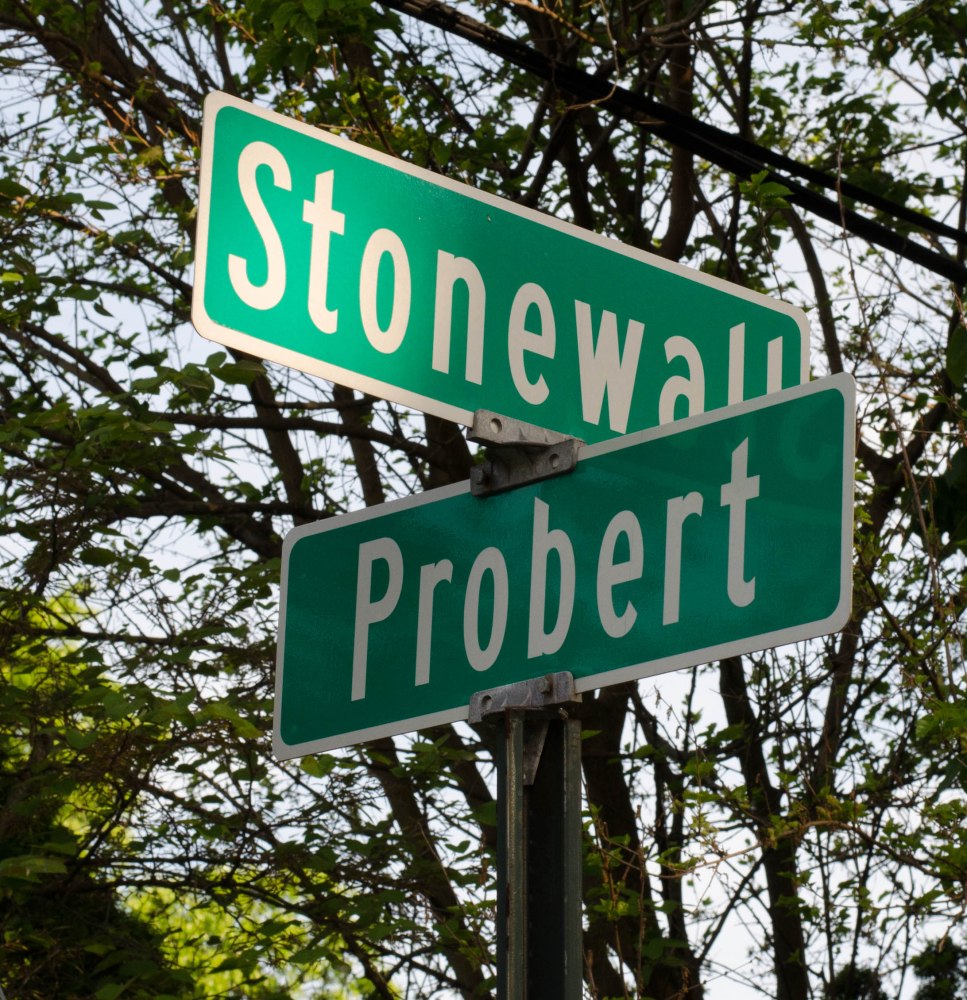 The title says that I’m going to feature several Stonewall Roads but there is really only one in Jackson (my dot on the map) and it is only about 2 or 3 miles long. I added the “s” because there are so many country roads in my neighborhood that have stone walls along the edge. People are now having stone walls built as a part of their landscaping but originally it was functional. This is farming country and I have heard it said by farmers that what grows really well out of the soil are stones – big stones. Farmers break plows on big stones. They have to bring in big equipment to dig out the big stones. And they dispose of them by dumping them on the edges of the field. 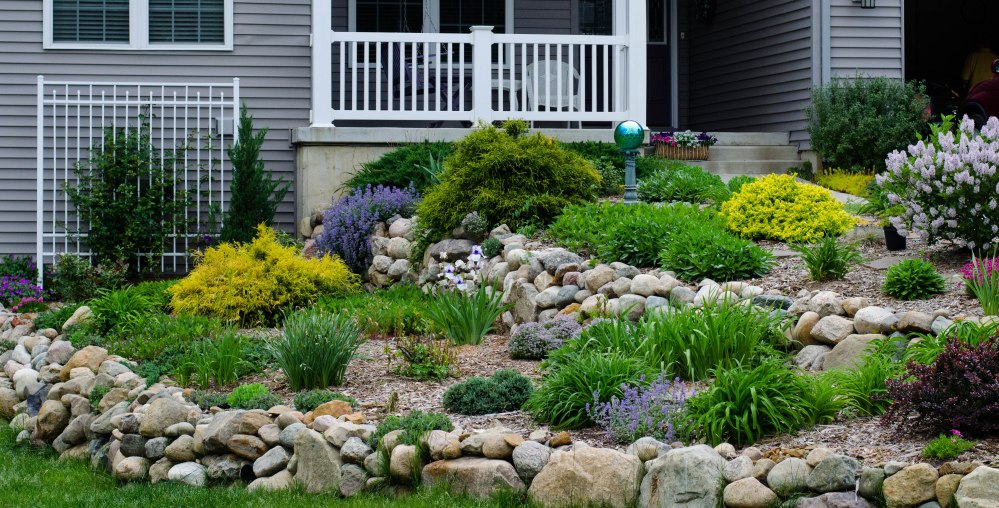 I wanted dry stone retaining walls to address the steep slope of our front yard and to create flower beds. We got our stones from our nephew who has a business digging up stones, sorting them and selling everything from soil to gravel to big stones. I told Jerry that we would hire him to do the excavating work on our house if he would teach me how to use the big shovel. That’s me in the pink shirt driving the shovel – and that is Jerry perched in the door telling me what to do. Hubby’s brother owned an excavating company and it had been my dream for a very long time to operate a big piece of equipment.

This is Jerry’s gravel yard, not my basement.

In England and Ireland the farmers used the stones from their fields to build stone walls to keep livestock in. They also use hedge rows of shrubs.

In my neck of the woods (and Michigan used to be primarily wooded land) farmers use trees to line their fields.

Have you noticed that how people live is functional? Clearing fields of trees was very difficult work – especially pulling up those stumps so the ground could be plowed. I’m sure that when they got to the edge of their property, they were all too happy to leave a row of trees standing to mark the boundary.  Trees don’t make good livestock fences, however, so wire fences are erected where animals graze.

Back to stone walls along roads and Stonewall Road. I was out the other morning exploring a couple of dirt roads not far from my house and stopped for this stone fence with the spirea bush flowing over. Many of the stone walls are built like this – stones piled up in a row. 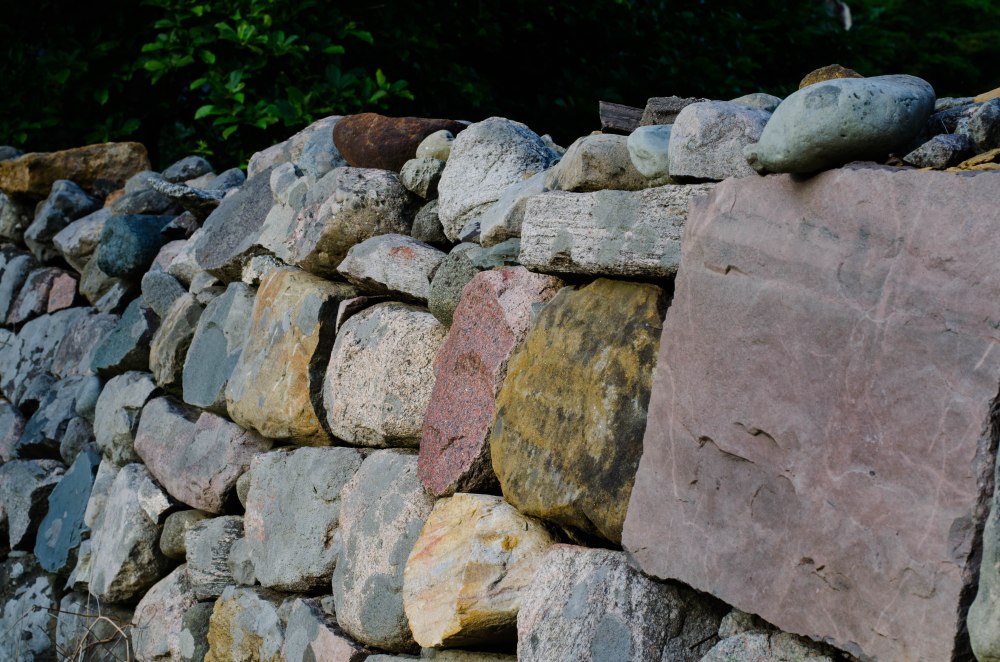 These stones were cut and fitted together.

This part of the wall along Stonewall Road was made with smaller stones and a portion needs some repair. Tau is coming next week to make some repairs on my stone walls.

The end of a wall allowing for Probert Road to cross. 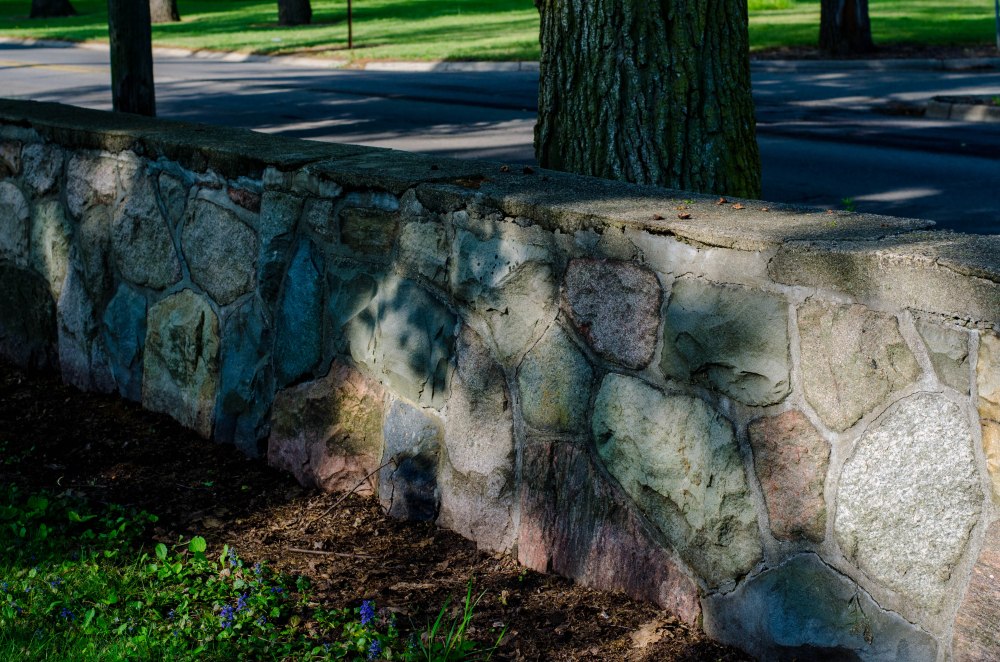 The stone wall in front of Ella Sharp’s farm house which is now a museum.

In a previous post, I said that the Hidden Lake Gardens is in the Irish Hills which is the area where the glacier stopped and dropped lots of nature’s debris. My neighborhood is at the northern edge of this area so the farms around us have produced lots of stones and people have found ways to use these stones. I’ll be doing a post within the next week or so with, of course, some photographs of more glacial stones.

16 thoughts on “My Dot on the Map: Stonewall Roads”