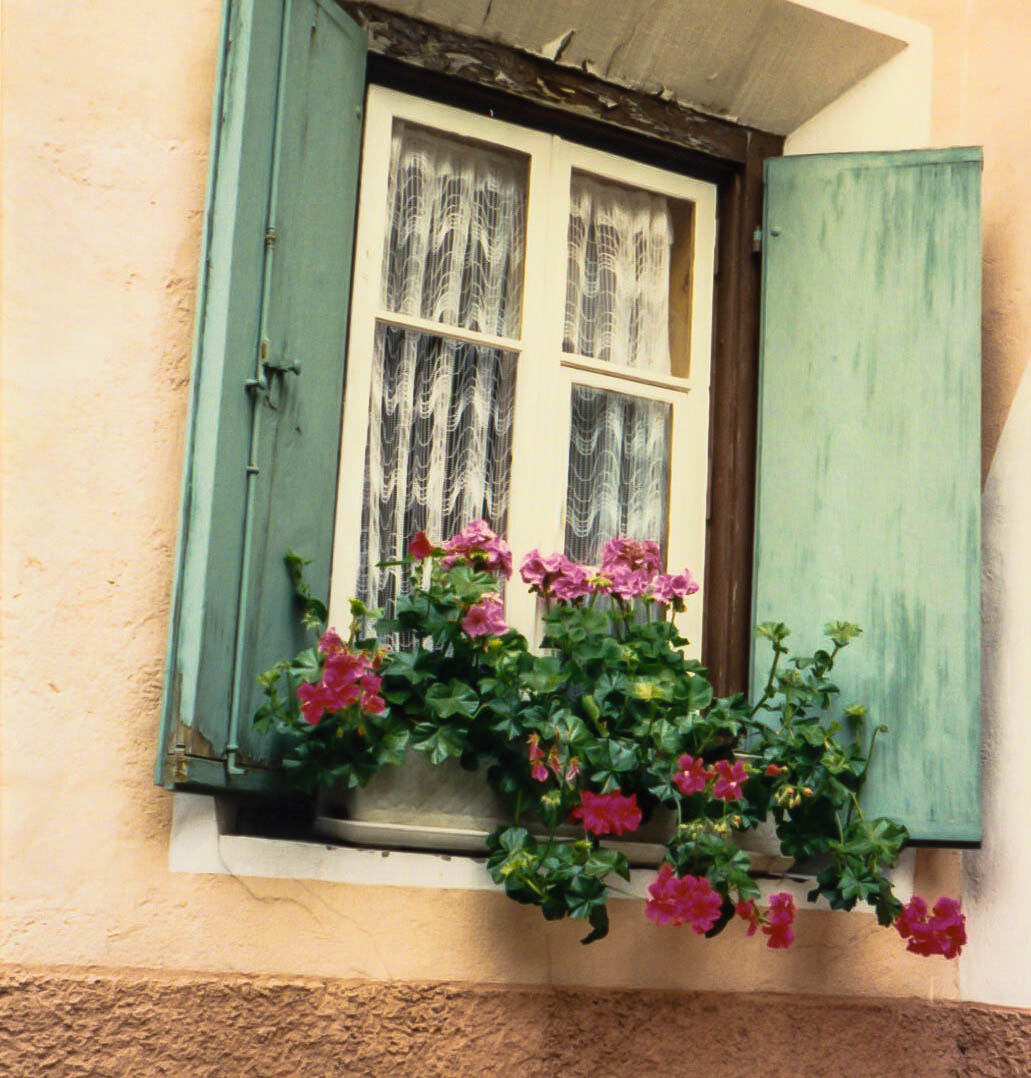 Windows and souls, how fascinating. We seem to believe that our eyes are the windows to our souls and it seems like windows are also the eyes of the home. Windows fascinate me because I often wonder what goes on behind those windows and doors that I see on my travels around town and in distant places. These windows are from Switzerland, Austria and Northern Italy.

Our souls refer to the very essential and fundamental aspect of who we are – our thinking, emotions and actions. Both humans and buildings have a physical structure – but is it only humans who have souls? Many cultures believe that inanimate objects have souls and I know places that have such special meaning, such a special feel, that I believe God resides there. Now this is my own doing that says that God resides in one place more than others because I also believe that our Creator is everywhere. Maybe this is one of those things that can’t be proven because it is us humans that seem to give soul to inanimate objects – like homes. 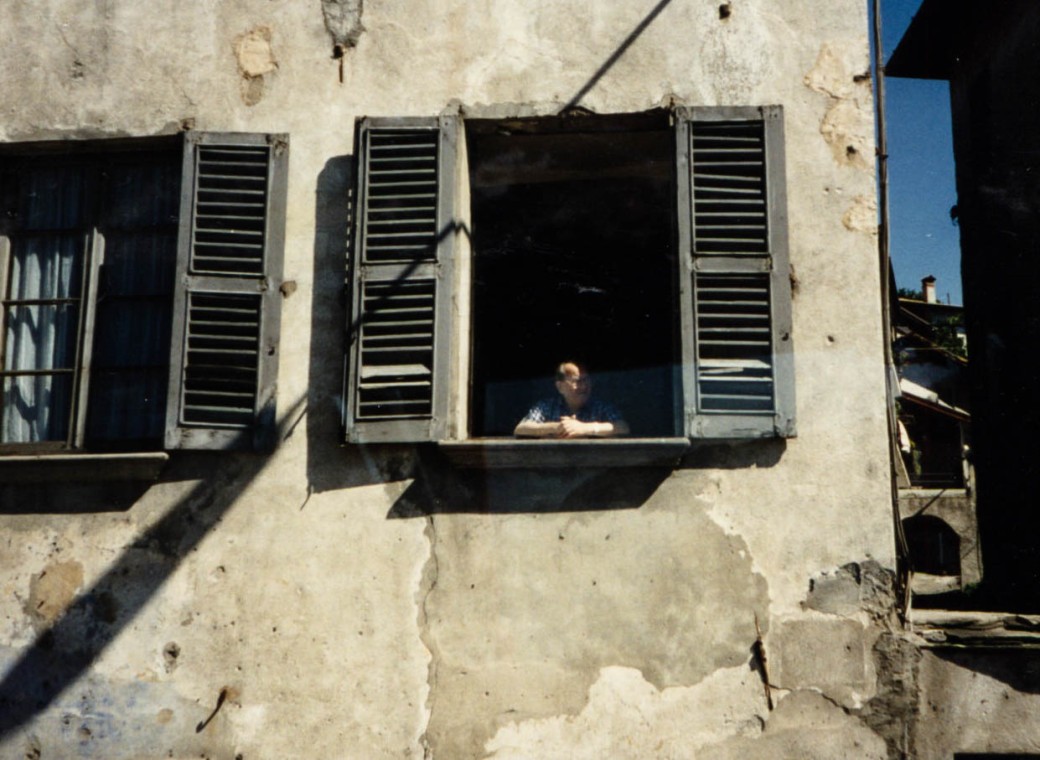 Back to windows. Windows, like eyes, are how we view the world from within our homes. In my 68 years I have looked out many windows – observing children, neighbors, traffic, mountains, dirty streets, storms, sunrises, sunsets, people passing, city lights, farm fields, those approaching. For some people, the only view of the world is from their windows.

I have also been very spooked when I thought people were looking in – but I also like to look in windows, from the street of course and not up close. We don’t seem to like people looking in our windows – it feels intrusive, like a violation. We want to invite people in through doors and we want control of who we let in. When someone invites me in their door I consider it an honor. 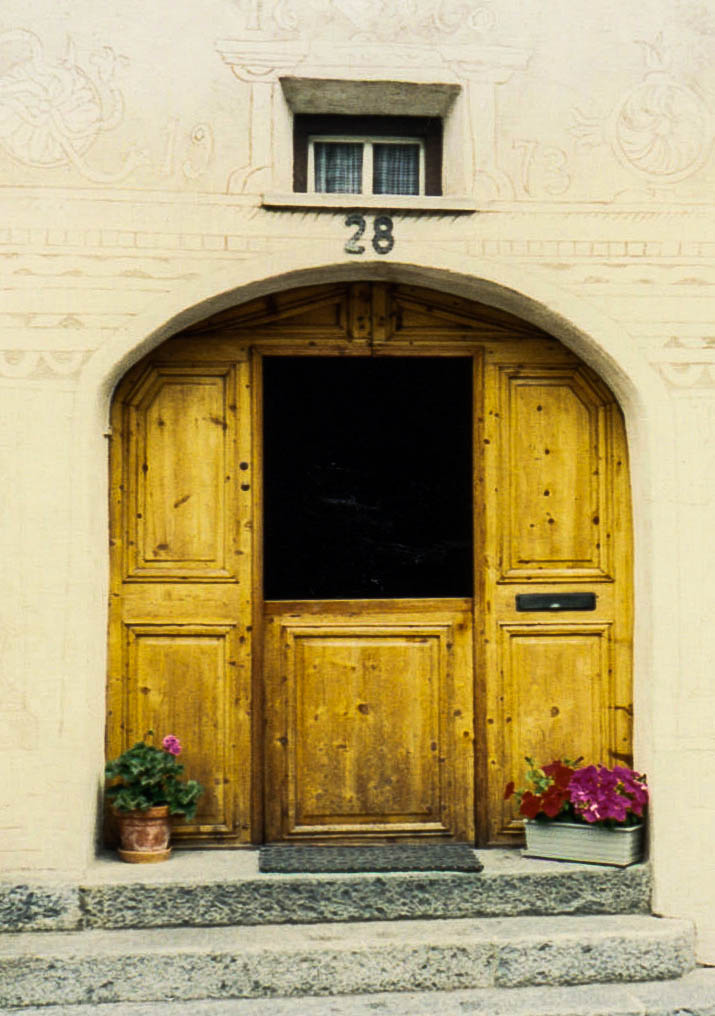 I feel the same way about my soul, my being. I only want people I trust to see into me through my eyes. I only let certain people in. Different cultures have different “rules” for eye contact but each one of us has our own preferences. I usually hide my tears by turning away. I have worked with young people who keep people out by hiding behind hair (remember the movie Breakfast Club) and dark or reflective glasses. Is it the same with windows? With windows we can keep the curtains closed. 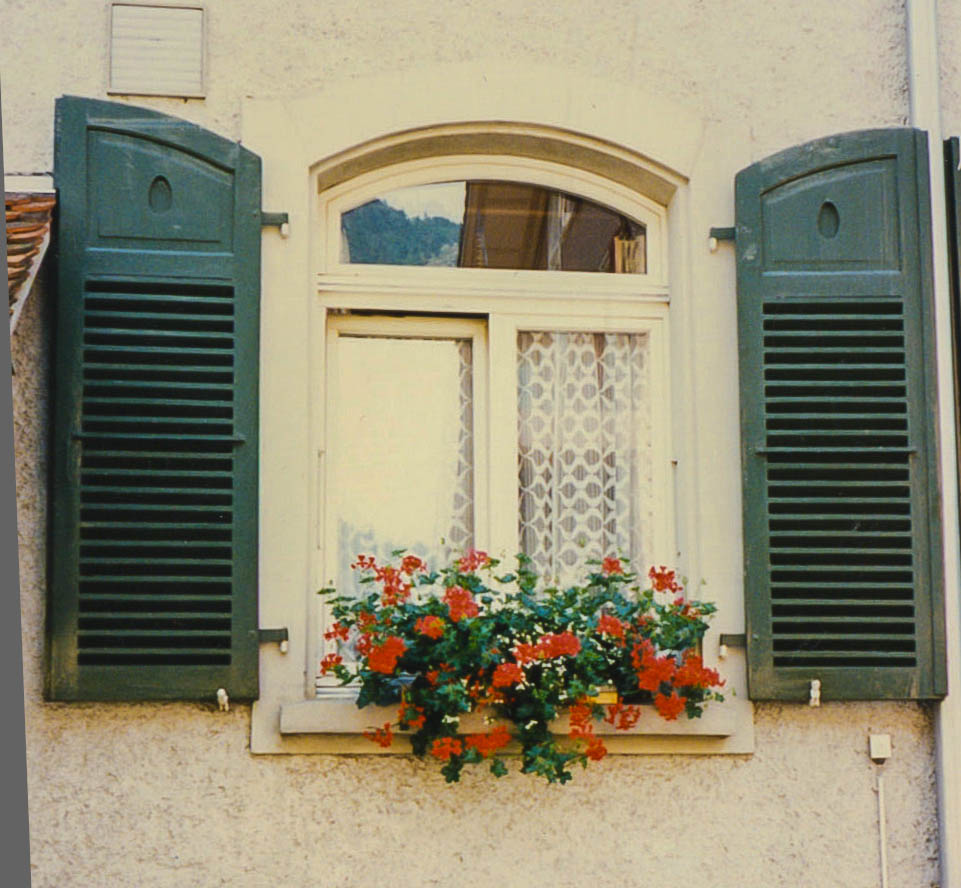 We seem to be afraid of people seeing too much of who we are, we seem to be ashamed of so much of ourselves – and maybe without justification.  In those first few years of having a chronic illness, when I felt like all that was left of me was pain and fatigue, I didn’t want to let people see this me. I felt damaged, less than perfect, unlovable. I felt shame over who I had become and when we feel shame we hide – like the story of the Garden of Eden in the Bible. Does the Koran have a story of hiding in shame? To hide my shame, I put on a facade, a happy face; and when I couldn’t keep that up any longer I went home and hid behind closed doors and blinded windows.

We should feel shame and hang our head when we hurt others, when we make bad choices, are dishonest, when we steal, lie, kill, are unfaithful. But not because we are different and fall outside what is generally considered normal or desired – like being healthy and pain free and thin (or curvy) and beautiful and muscular and tall (or short) and dark (or fair skinned). Sometimes shame is put upon us by others and sometimes we do it to ourselves. I did it to myself. I have a friend, Julie, and her story is a slight diversion but is a good example of having shame heaped on because of not being like the norm, being different.

I first knew Julie when she was John – I worked with him and he was an interesting and supportive friend. He always invited me to sit a spell and solve a problem or chat about the last book we read or help me with plans to take students to Ireland. But you guessed it, John transitioned into Julie. When he decided that he wasn’t living with integrity, when he was hurting so much from not being who she really felt herself to be, he came very close – holding-the-loaded-gun-in-his-hand-close to killing himself. Instead he talked it over with his wife (can you imagine that conversation?) and decided to become the woman she knew in her soul that she was, the soul that listened to God. She didn’t choose to be a woman – the only choice was to be true to herself. No one would choose to say they are a woman inside when they look like a man, not when the consequences are so dire. It takes a lot of courage and/or desperation to acknowledge this truth and then to make the choice to transition. This choice resulted, for Julie, in the shame and hardship of losing her job; loosing friends who wouldn’t dine and play with sinners; parents and children who no longer wanted them in their lives; a church (where John had preached, sang, served on the church governing board) that said they were no longer welcome to worship there. This choice to transition can also cause harassment, beatings and death. And feminists would ask who would give up the privilege of being male for being female. 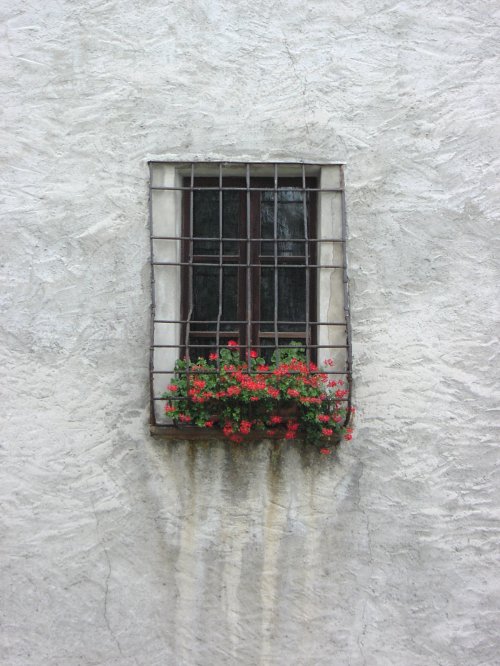 Photo of church window in Switzerland taken by Julie Nemecek.

Sometimes our windows of opportunity are barred and doors are shut in our faces, but we can still choose to allow ourselves to be open to what life brings. Julie chose not to believe those who said she didn’t have a right to be present and seen, that her soul was defective.  Although she knows how to be cautious, she hasn’t barred herself off from others. In spite of the risks and rejections, Julie and her wife continue to keep their windows to the world open wide and to welcome those that come to their door. 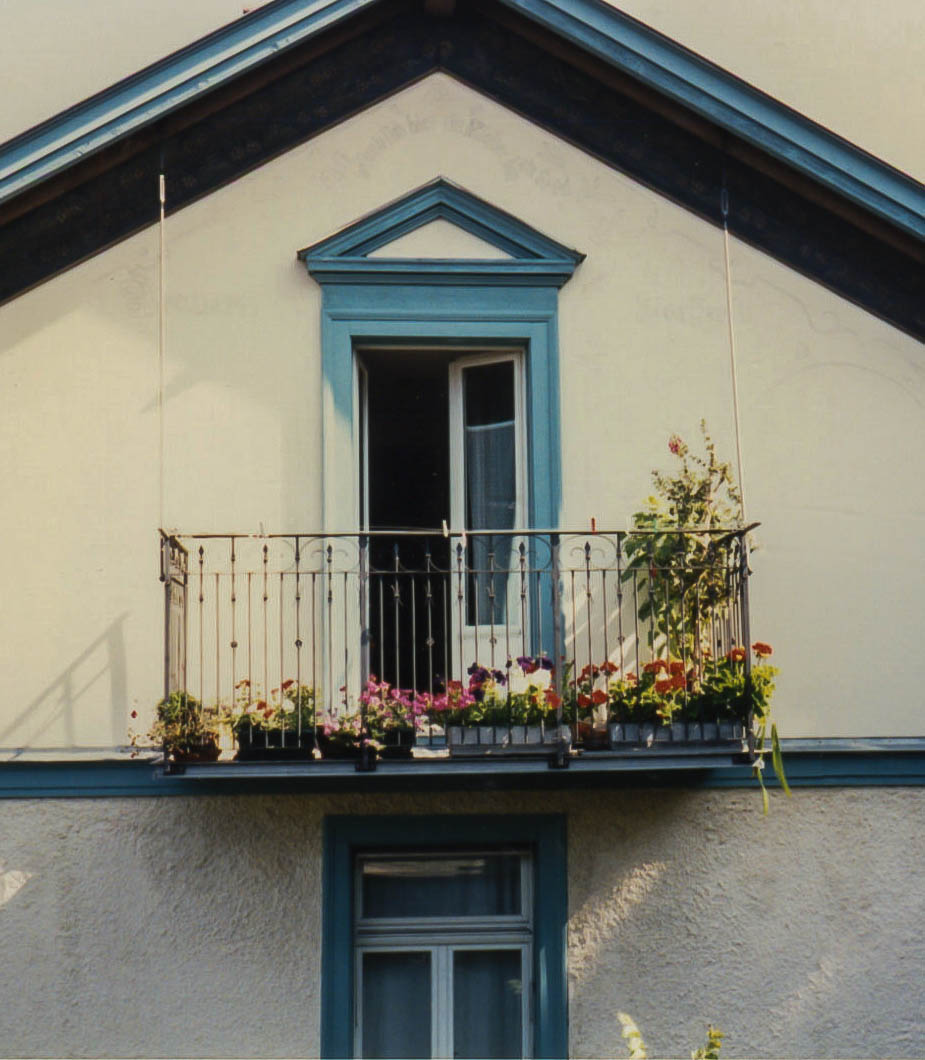 I hold the notion that homes have a soul – have a personality – have life, reflective of the people who live there. But I don’t believe that we can tell what goes on behind the windows and doors based on their looks. When I was of the mother-of-young-children age I went through a period of personal turmoil and depression and therapy. When I told people they were always surprised and said that I always seemed to “have it all together.” I didn’t let them see through the window to my soul – but I did part the curtain a bit to give them a glimpse – a little, sometimes. 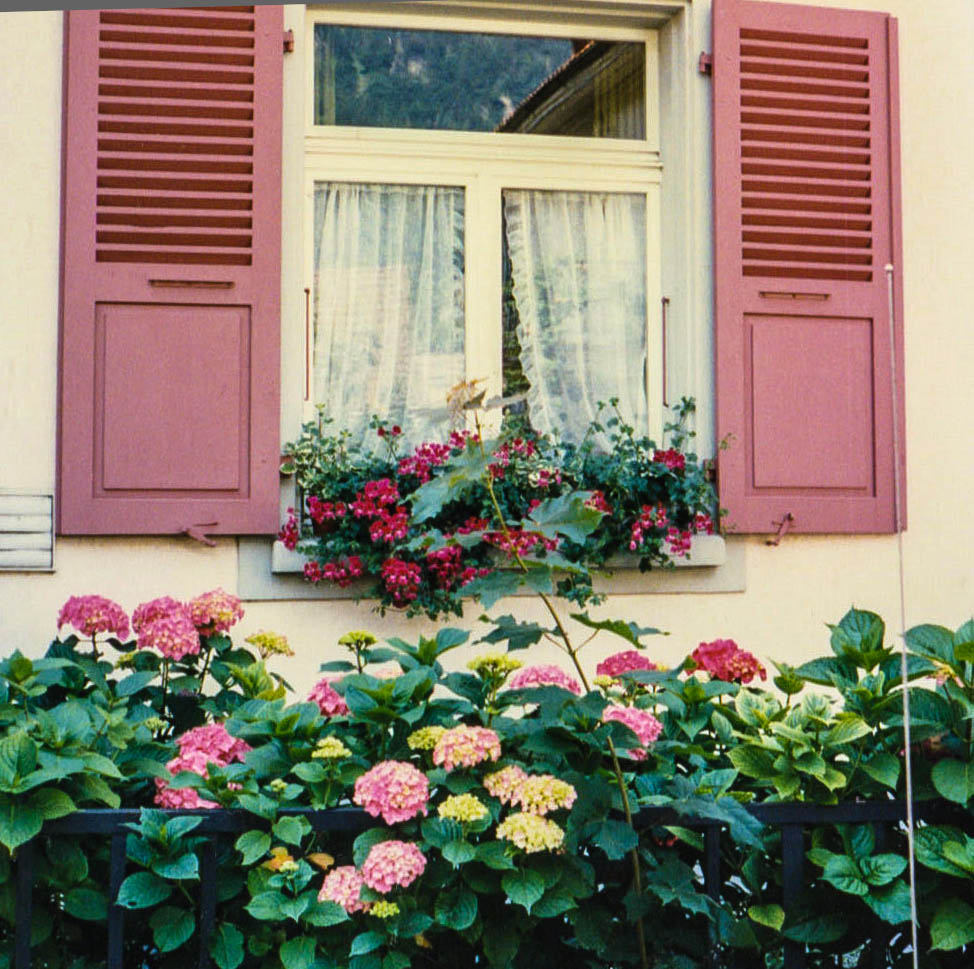 I have also been fortunate that people have allowed me glimpses of the lives that go on beyond their windows. I have heard their cries from emotional and physical abuse, substance abuse, infidelity, loneliness, neglect, death and poverty. I have heard the despair of  broken families, incurable disease, mental illness, lost jobs, and lost hope. And there are so many in the world who are living with the fear and disruption of war. These aren’t special people, these aren’t those other kinds of people. They are us. We all experience hardships and all have burdens that we carry. What amazes me is that most of time we still get up in the morning, care for children, do work, take care of business and each other. And we work to fix what is broken in our lives and hang on to our shredded hope. There is always the desire for a better life, for happiness, and peace. This hope may be guarded but we want something better. 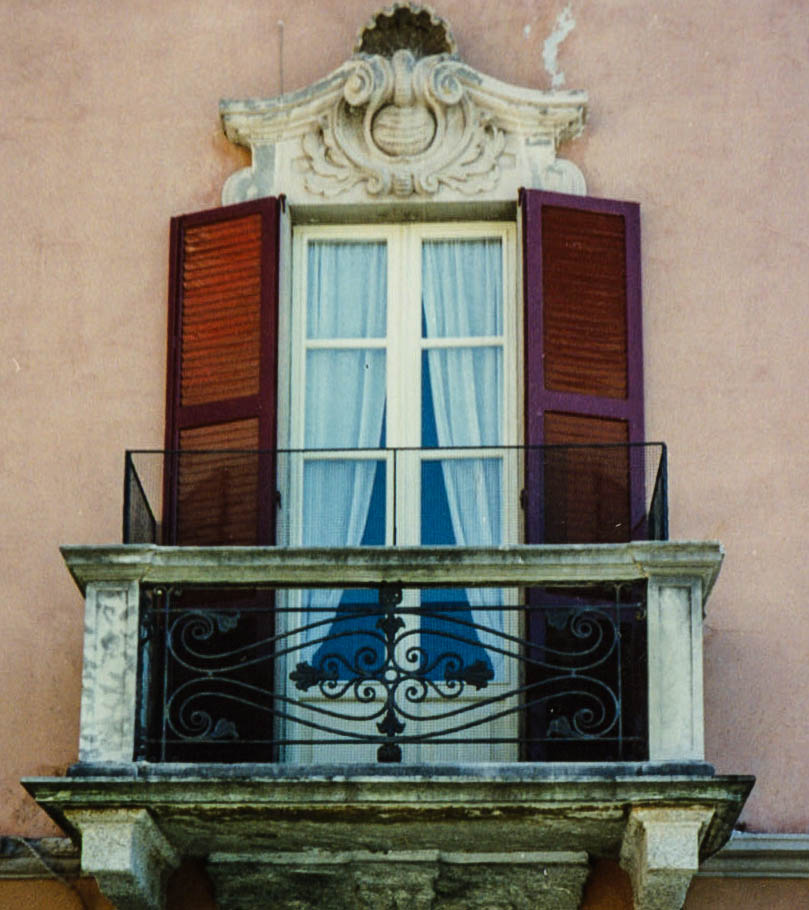 We are, most of us, resilient people. We have special strengths that can be used, sometimes with a helping hand from others, to bounce back. So often I have found that if I pull open the curtains on my windows and open my doors to others, if I allow myself to be vulnerable, they find what they need within me to find their own way. 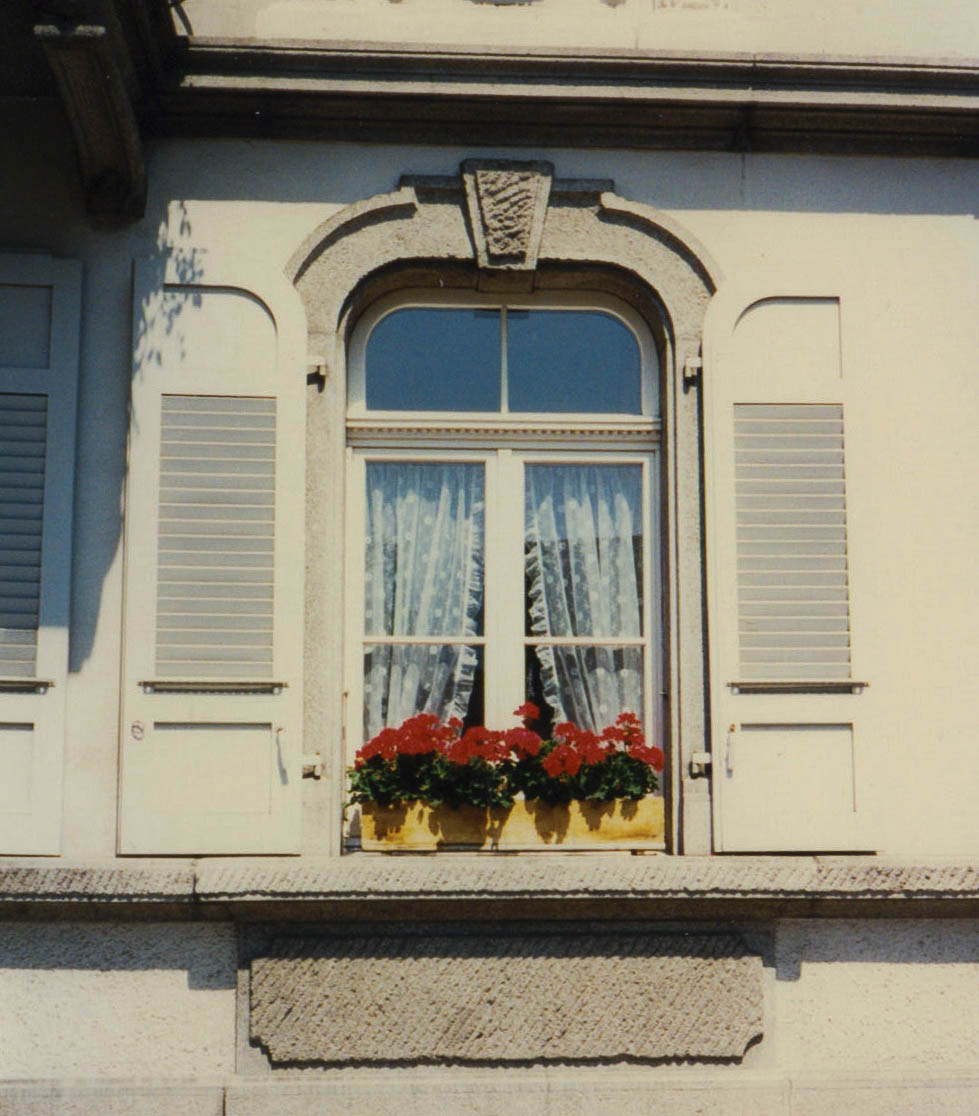 What we need to heal are human relationships that are honest and respectful. We need people who are open to sharing themselves and even more open to listening and respecting the stories of the other. I have observed and firmly believe that what heals is understanding and acceptance, not advice. When people feel understood and accepted, they find the courage to turn the corner and open their windows and doors without shame. 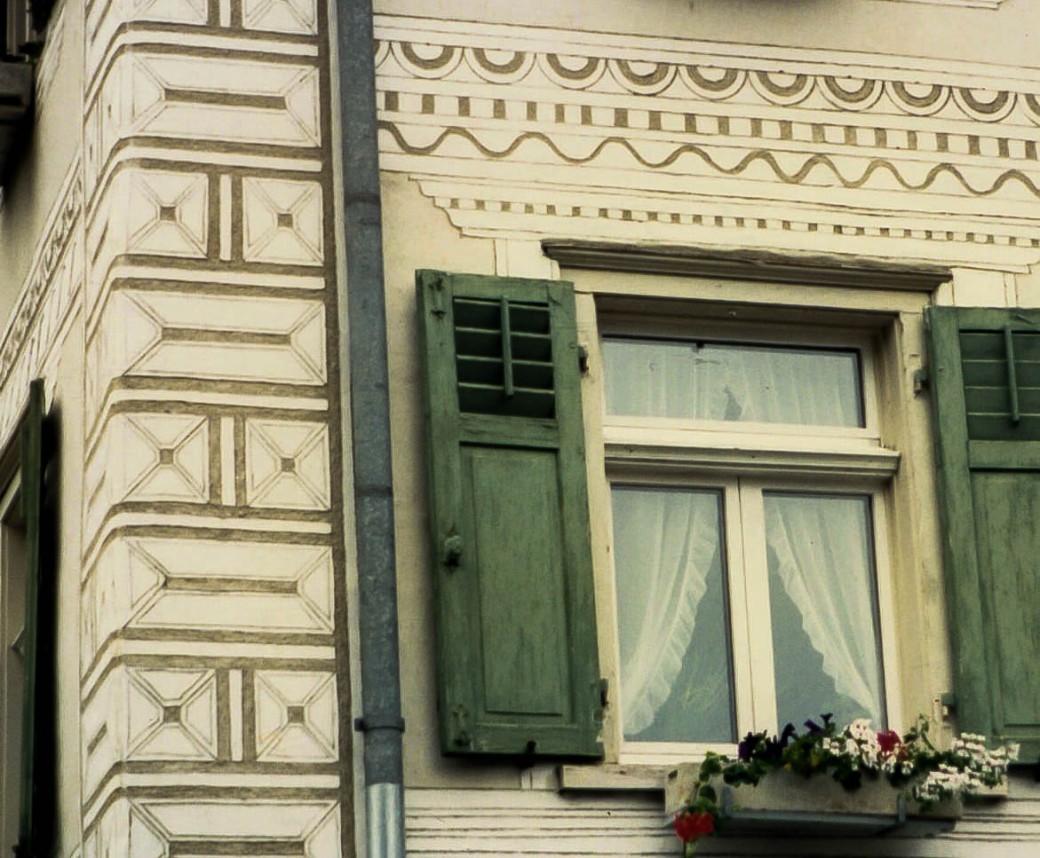 I had lunch with Julie yesterday and told her my plans for this post. She gave permission to share anything I wanted about her story. I am honored that she trusts me and admire her for her courage and openness. I am so happy that she didn’t shoot herself because she continues to enrich my life.

10 thoughts on “Reflections on Windows & Souls”