We had talked about visiting Newfoundland for oh so long – at first just as a fantasy, “Wouldn’t that be a fun place to visit someday, but it looks hard to get to?” And then we talked about it but the monetary exchange rate between US and Canada got really bad for us and the price of gas in Canada was worse. Jim didn’t want to go. This year I convinced him that now was the time.

We like wilderness and trees and lakes and vistas. We sent for materials and as we read about Newfoundland we knew that Gros Morne National Park was a must-do. The actual park doesn’t cover a really large area and the area around it has villages tucked along the water, nestled at the base of mountains. There are some unique features within the actual park that qualify it for a UNESCO World Heritage Site as described below:

Gros Morne National Park illustrates some of the world’s best examples of the process of plate tectonics. Within a relatively small area are classic, textbook examples of monumental earth-building and modifying forces that are unique in terms of their clarity, expression, and ease of access. The property presents the complete portrayal of the geological events that took place when the ancient continental margin of North America was modified by plate movement by emplacement of a large, relocated portion of oceanic crust and ocean floor sediments. The park also presents an outstanding demonstration of glaciation in an island setting. The fjords, waterfalls and geological structures of the park combine to produce a landscape of high scenic value. (Copied from link at end of post – see more complete information by clicking on that link.)

You are  probably different, but when I read the above paragraph I just can’t get my mind around what they are saying – that is why I copied it instead of paraphrasing. I just enjoy experiencing what nature has made and how the natural environment and people learn to exist together. This place touched both of us deeply. Every drive up a mountain, around a curve left us holding our breath and expressing explanations of wonder. We stopped frequently and listened to the silence as we observed the wonders. There weren’t many people and I appreciated the sense of solitude. I appreciated being able to share the grandeur and peace with the person I love so much – we both experienced an increased sense of shared intimacy.

We were driving up the Viking Trail and one of the first of my wow experiences was seeing this mountain lake off in a distance. From our perch upon a neighboring mountain we were able to look down on the lake in the early morning  light, perfectly still with reflections of trees from the far side. The lake all but disappears.

At one viewing site, we sat in Adirondack chairs, felt the warm sun, the cool breeze, and drank an almost hot cup of coffee as we thought about the wonder of glacial fingers reaching out to carve the fiords, leaving steep cliffs of stone. We read that the glaciers carved the valleys that the road followed around the mountains but I couldn’t imagine that because I felt too small within the vastness of the place. 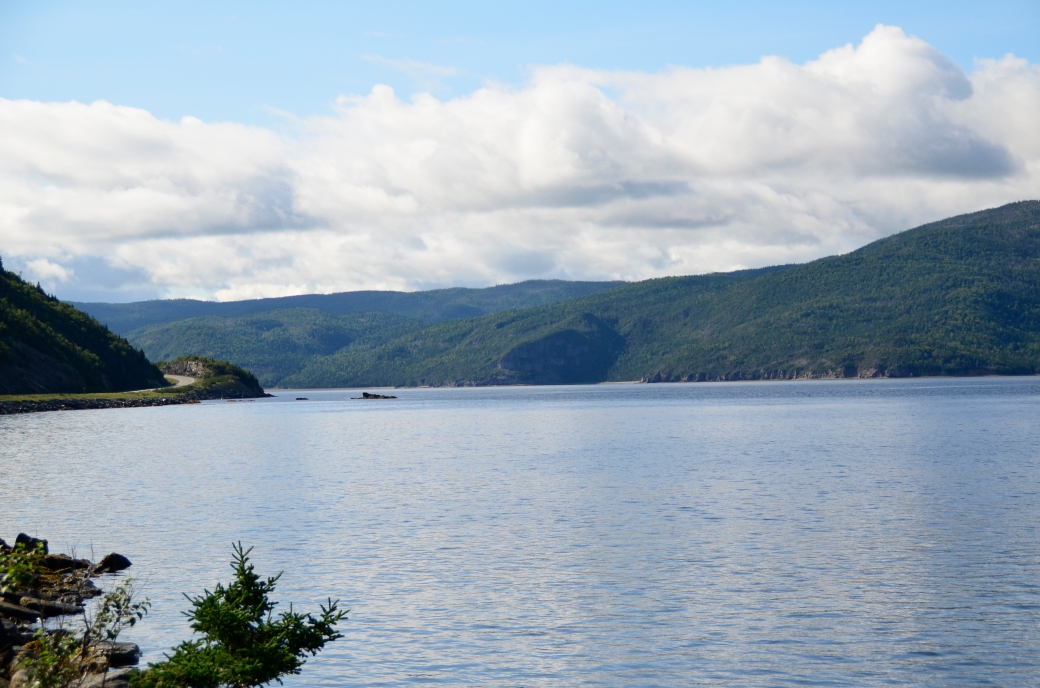 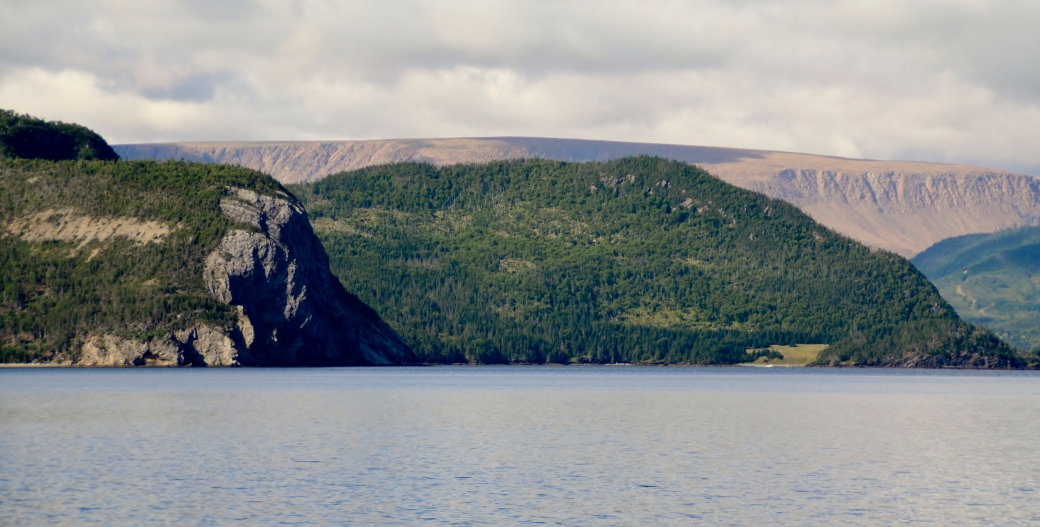 We were intrigued by the different types of rock, the different formations of mountains, and the wide variety of trees and flowers. 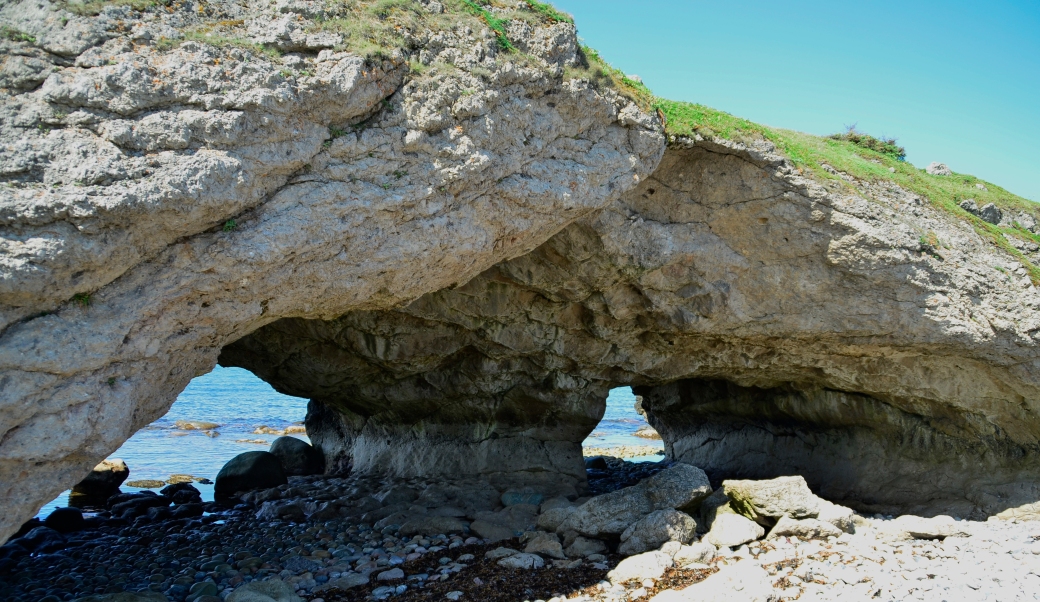 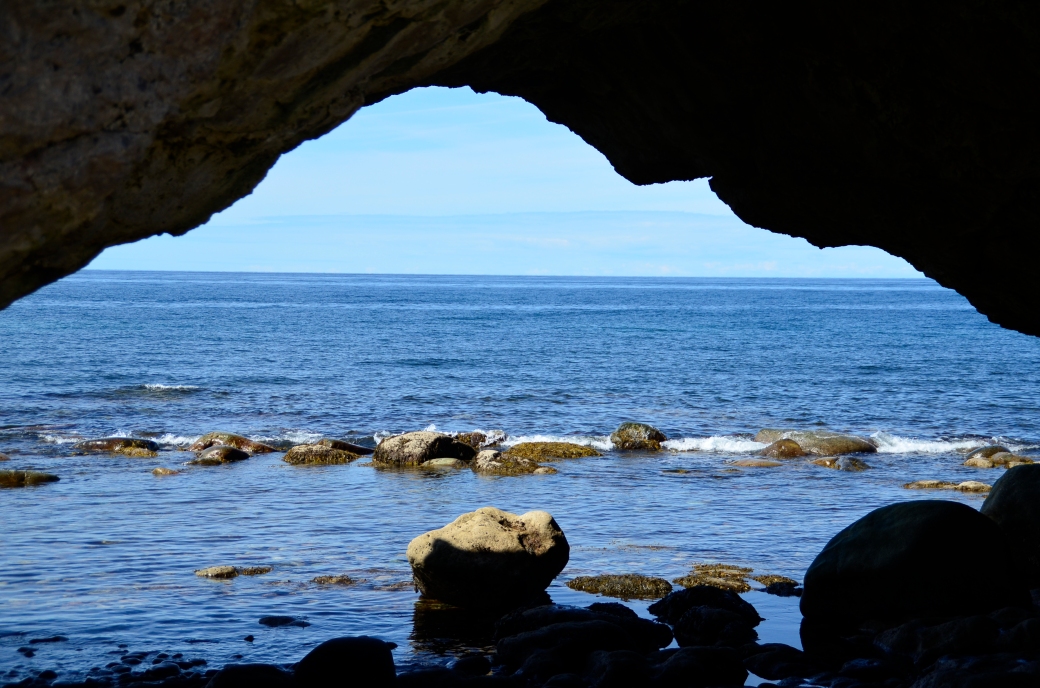 We visited a lighthouse at Lobster Cove, if my memory is good. 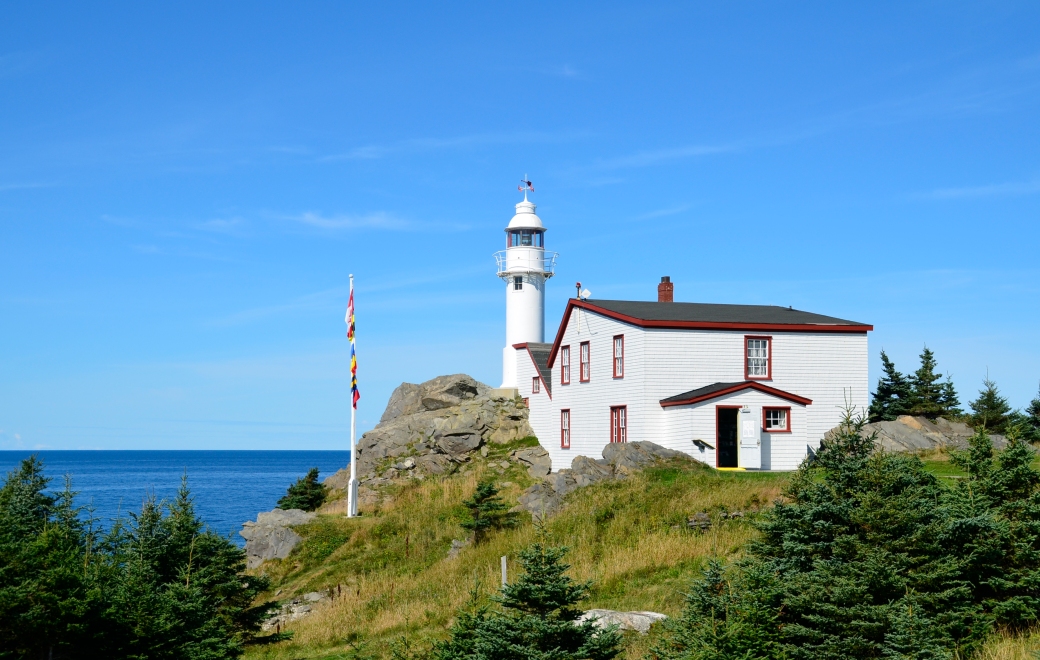 We decided that we could only drive as far north as Port au Chroix before we had to turn around and head back to our camp. We followed the same highway back but were surprised to discover that it felt like a new drive because we were seeing everything from a different angle and there were new discoveries along the way. 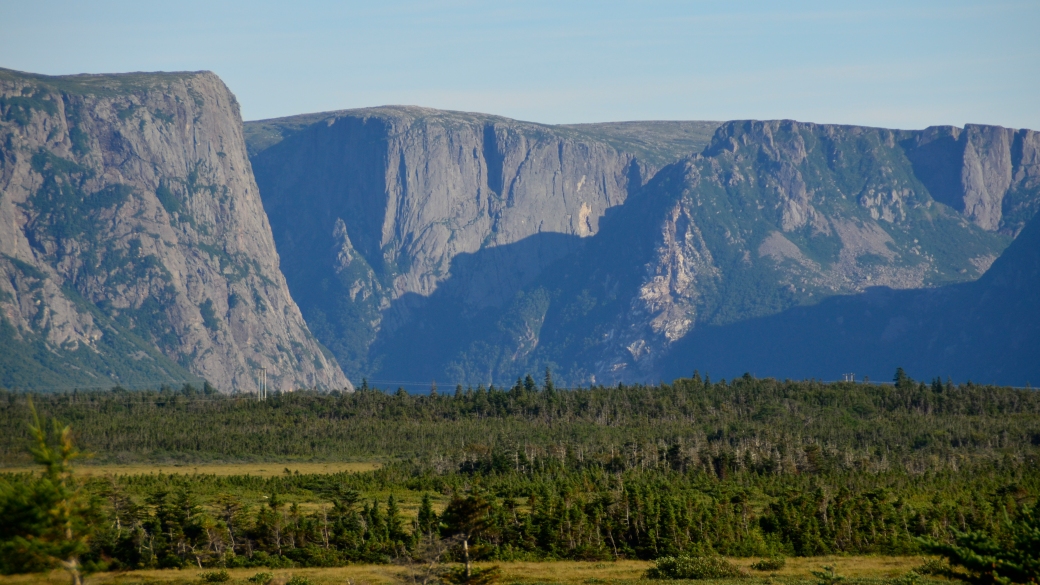 I will be doing two more posts from this area, one from Port au Chroix that is titled Moose, and another on a fishing settlement inhabited by two brothers.