Ailsa’s theme this week is Curves. This theme got me thinking about all the curves of nature I have captured during the past three weeks. One of the first was the curve of fog creeping over the mountains off the St. Lawrence River  in Quebec. 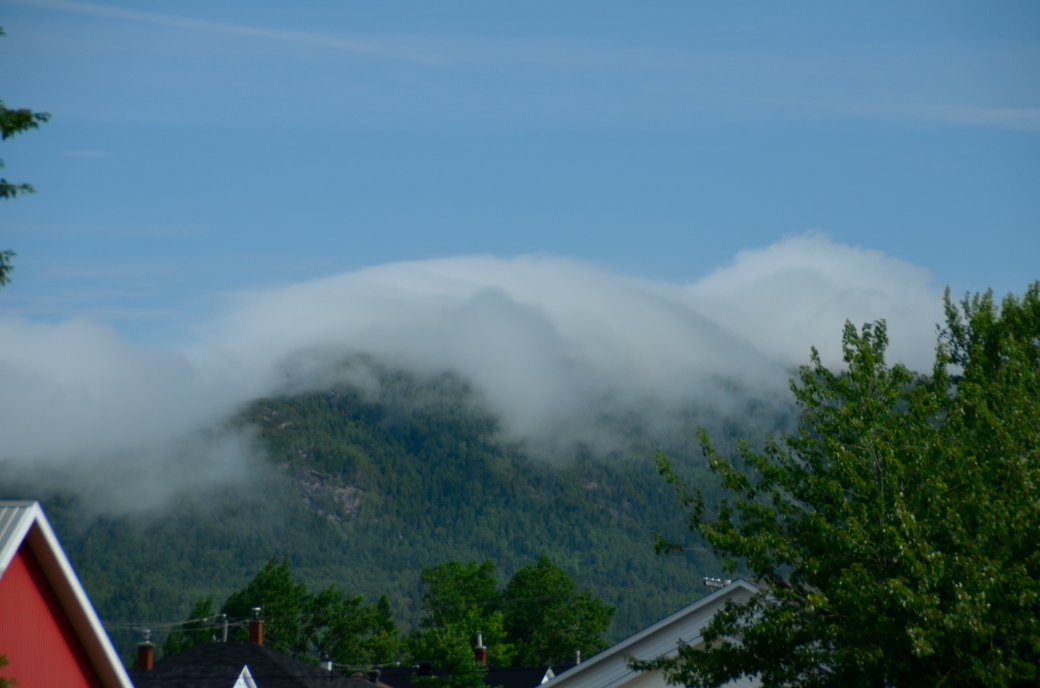 We went down so many curvy roads – they had to follow the curves of the mountains.

This road was on the west coast of Cape Breton Highland and like all the other roads, each curve and hill led to another beautiful view of mountains and water. 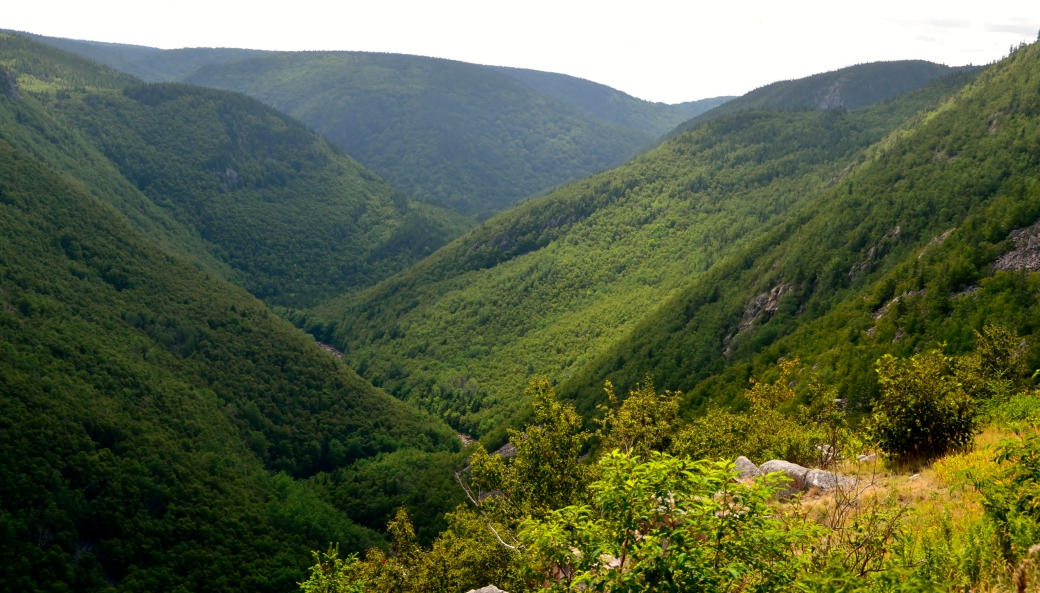 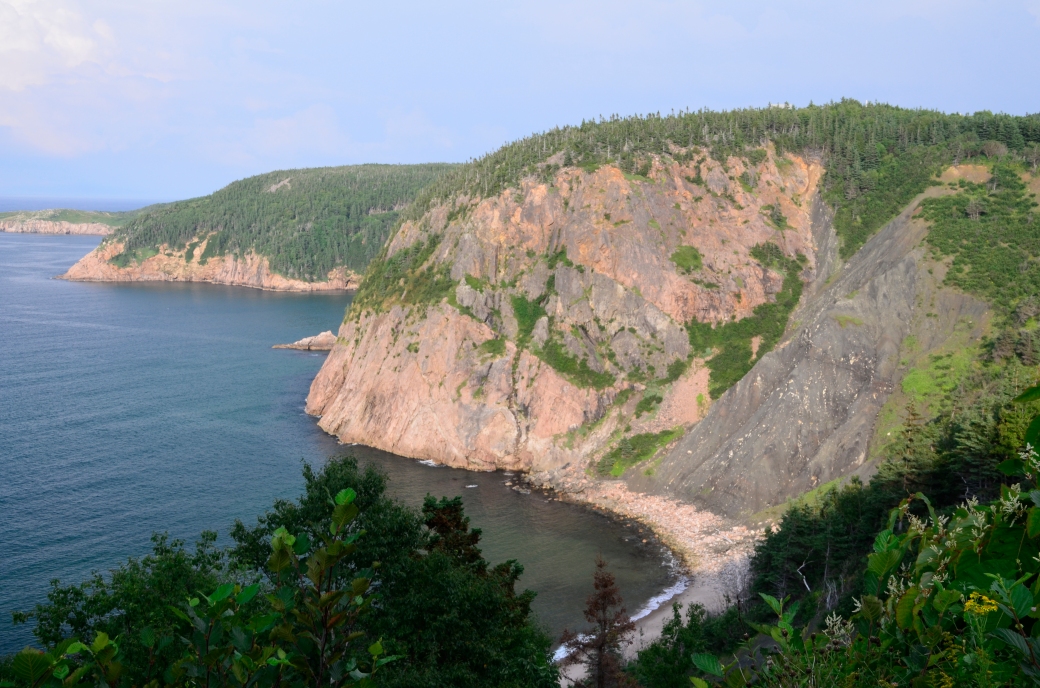 I have posted this picture before but I can’t resist the curve of the wave.

South of Gros Morne National Park we turned off on an unmarked trail to the beach – to explore. We are stumped as to how this rock could developed so many curves. Anyone know? Is it wave action as the waves come from the back and tumble down this side?